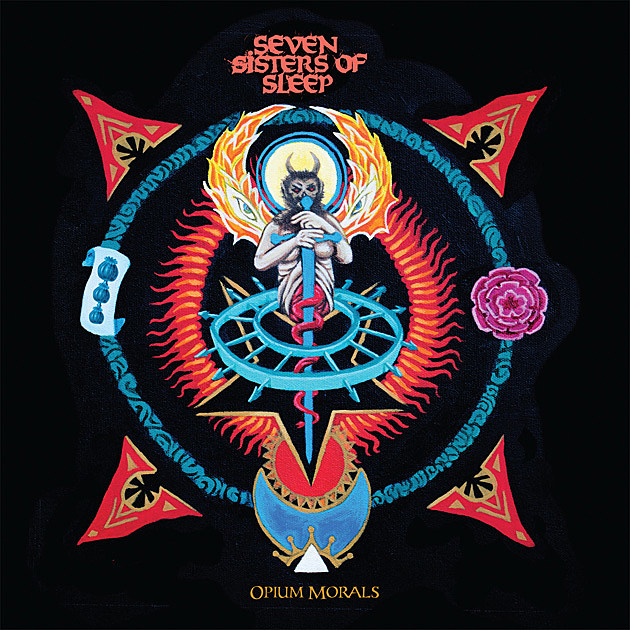 Just when you thought it was safe, California's Seven Sisters of Sleep have returned with Opium Morals, the band's new LP due via A389 Records on March 20. Sludge, doom, hardcore and blasts all pepper this mammoth release, and you can stream two tracks from the LP below including "Orphans" which is making its debut here.

In addition, SSoS will share a Record Store Day split 7" with DC doom steamroller Ilsa. Details are sketchy thus far, but look for that alongside Ilsa's The Maggots Are Getting Hungry limited 12", a reissue of Ringworm's 1991 demo, and Like Rats' self-titled 7" on RSD13 (April 20). Also, Ilsa is scheduled to play the upcoming Damaged City Fest.

Speaking of Ringworm, just a quick a reminder that the band is on tour soon and hits NYC as part of a BV/IO production. Tickets are still available.

So far Seven Sisters of Sleep has only one tour date on the way, On February 7 in LA at Blue Star with Fuck The Facts, Final Draft, and Buried At Birth. Until more surface, prep for Opium Morals below.