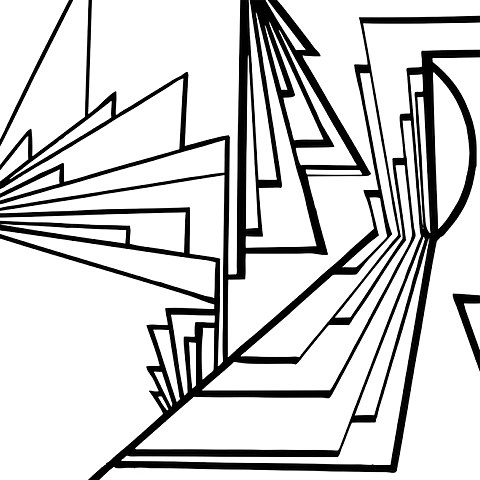 Hearing the upcoming Shabazz Palaces album, Lese Majesty, in the Pacific Science Center's Laser Dome over the weekend, we concluded upon first listen that it is the future of hiphop. There was no need for drugs, or even the dazzling light show, since the music's fathoms-deep dubscapes and strategically predatory beats equaled the angular and smoky psychedelic visuals--each track already dazzled by a universe of deep-space stars, clouds of galactic gases, and the bright trails of wandering balls of ice. [The Stranger]

Avant-rappers Shabazz Palaces (the current project of Digable Planets member Butterfly) are releasing their sophomore album, Lese Majesty, on July 29 via Sub Pop. They recently premiered it in a laser dome in Seattle (which the above review is from), and they've now revealed more details including the artwork (above), tracklist (below), and its first single "They Come In Gold" which is sounding like it's living up to the bar set by their excellent debut LP, Black Up.

Listen to the new song, with the tracklist, below...

Shabazz Palaces - "They Come In Gold"