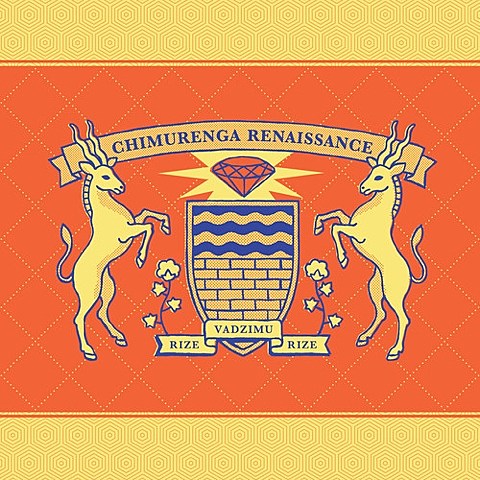 Chimurenga Renaissance is the project of Tendai ("Baba") Maraire of avant-rap group Shabazz Palaces and Hussein Kalonji, who put out their debut album, riZe vadZimu riZe, earlier this year on Seattle's Brick Lane label. The album features Baba's fellow Shabazz member Palaceer Lazaro (aka Ishmael "Butterfly" Butler), frequent Shabazz collaborators THEESatisfaction, M1 of Dead Prez and more. It definitely sounds like something out of Shabazz Palaces' out-there world of rap, and should appeal to fans of that group, THEESatisfaction, etc. Here's an excerpt from Pitchfork's review:

The album filters traditional Zimbabwean music through Maraire's contemporary hip-hop lens in a way that should feel accessible to anyone with an interest in experimental-leaning rap. Maraire approaches rapping more directly than Lazaro, layering his verses bluntly on top of the psychedelic sprawl of his instrumentation rather than weaving himself through it. He's also more explicitly political, handling talking points in a way that feels reminiscent of Digable Planets' first two albums, but with a somberness that places him more in line with someone like Talib Kweli. Maraire speaks to Zimbabwe's history ("chimurenga" translates to "struggle"), but this is classic message rap that spans regionality--music that shuns crooked cops, fancy sneakers, Mercedes Benzes, Islamophobia, fake romances, corporate sponsorships, the media, the system.

You can listen to the whole album on RDIO and stream two tracks below.

Chimurenga Renaissance don't have a tour scheduled at the moment, but they will be in NYC this weekend for a one-off at Union Pool on Saturday (6/7) with Smoota. Tickets for that show are on sale now. Show flyer below.

Shabazz Palaces also have a new album, Lese Majesty, coming out July 29 via Sub Pop. THEESatisfaction will be in NYC for a MoMA Nights show in August.

Chimurenga Renaissance - "The B.A.D Is So Good" 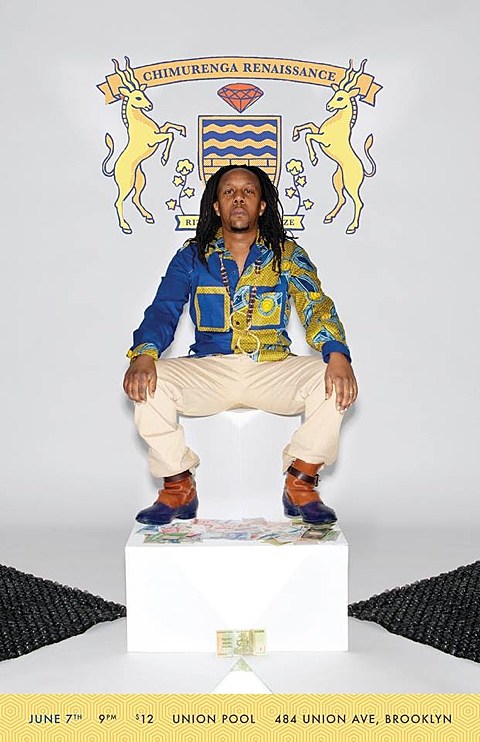