The latest edition of Red Bull Sound Select NY, curated by BrooklynVegan, went down Wednesday night at Baby's All Right in Brooklyn.

Doug Hream Blunt' opened the show, one of a few he played as part of his first-ever NYC shows (he also played Ace Hotel). He was backed by teenage band Clover & The Clockworks from the Brooklyn Music Factory, as well as Joakim, Luke Jenner from The Rapture and musicians from Craiglist ads. (A method similar to how Doug gathered musicians back in the '80s.) Doug was clearly having a blast, playing to a packed room as he and the band played a a spirited selection of tracks from My Name is Doug Hream Blunt, which was reissued by Luaka Bop last year. The big moment came at the end when David Byrne (who founded Luaka Bop) came out to join the band for the funky "Big Top."

Next up was rising Minneapolis rapper Finding Novyon (and his DJ) who played a short but sweet set at our Red Bull Sound Select show a day after releasing a single with members of Two-9 as part of Red Bull Sound Select's collaborative single series. Speaking of DJs, ROMPLER were spinning vinyl between sets from by the bar in the front room which also housed a Luaka Bop merch table and a tub of free Red Bulls. The side room/restaurant area was closed off due to the ongoing renovations that almost caused us to have to move venues (again).

Shabazz Palaces played a much longer set that had people dancing inside the steamy show room (the AC wasn't working because of the renovations, so luckily it was freezing outside.) (It's being fixed soon). The experimental hip hop duo of Tendai "Baba" Maraire and Ishmael Butler aka Palaceer Lazaro (AKA Butterfly of Digable Planets) (I can't lie. It was super exciting to have both David Byrne and Butterfly inside Baby's at the same time) flew in from Seattle for the show which was much more intimate than their recent Afropunk fest set and the show they played at Music Hall over a year earlier. As anyone who’s seen Shabazz Palaces knows, their performances are pretty unique as far as rap shows usually go:

For a taste of what their live set is like, listen to the group's Live at Third Man Records album which came out in June. 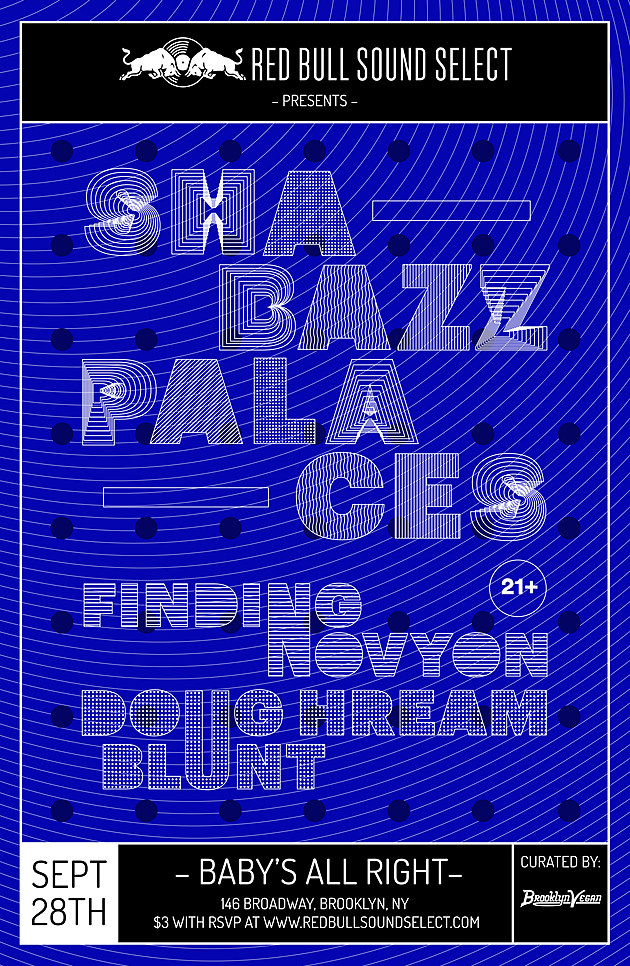