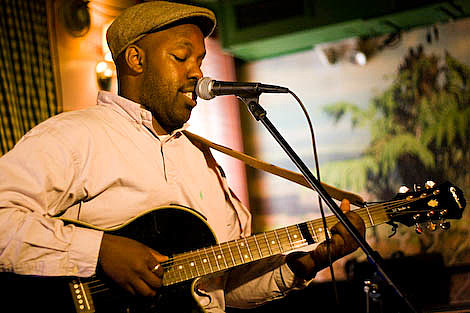 Canadian rapper Shad did pretty alright by getting two albums in a row nominated for Canada's Polaris Prize. Impressive, despite his 2010 record TSOL not winning - that honor went to Montreal's French-singing Karkwa.

Shad will be on tour this October along with fellow Canuck K-OS. That includes an October 28th NYC show at Highline Ballroom (with Astronautalis too). Tickets for the show are on sale. All tour dates are below.

TSOL, Shad's third LP, came out in May in Canada - it just came out October 5th in the US on Decon. Check out three of its tunes, a Rick Rubin-style hard-rock-rap song "We, Myself & I," the soulful "Rose Garden" (which features BSS collaborator Lisa Lobsinger) and the record's first single "Yaa I Get It" all below...

SHAD - Yaa I Get It (Official Video)