NJ punks Shades Apart broke up in 2003, two years after the release of their final album, Sonic Boom (their second album for Universal, following releases on Revelation, Skene!, and more), but they've been reunited for a few years, and today they announced their first new album in 19 years. It's called Eternal Echo and it's due August 28 via NJ label Hellminded Records. (There will also be a colored vinyl exclusive to the band's former label Revelation Records). Pre-orders launch July 27.

The album was made with veteran punk producer Jason Livermore at The Blasting Room, which Jason co-owns with Bill Stevenson (of Descendents, ALL, Black Flag), and frontman Mark V says, "A few years ago we fell back into writing together. We were inspired to write [non-album track "Streets"] honoring a lifelong friend who suddenly passed away," presumably referring to Vision frontman Dave Franklin, whose 2017 tribute show Shades Apart played. Bassist/backing vocalist Kevin Lynch adds, "Getting together for our friend’s passing and playing his tribute show was a reminder of how fragile life can be, and with the shitty things happening all around, playing music gives us a voice again."

"I don’t think any one of us ever imagined we’d be making an album 35 years [after we formed]," drummer Ed Brown adds.

Check out the album artwork and a teaser video with 16 seconds of new music below. Also watch a video of Shades Apart's set at the Dave Franklin tribute (via hate5six) and their classic music video for their "Tainted Love" cover below. 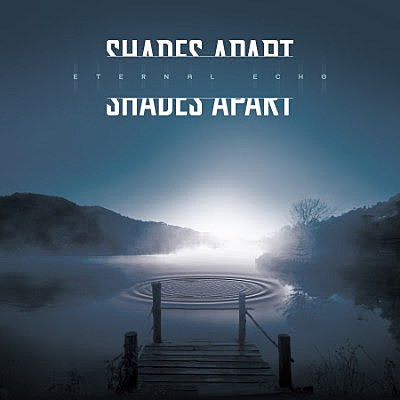