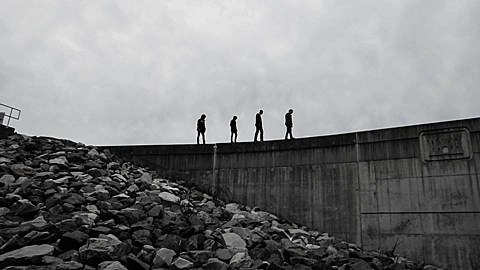 Richmond, VA's Shadow Age used to be called Colony -- they smartly changed it because several bands have that name -- and if you're assuming that's a Joy Division reference, one listen to new single "A Portrait of a Young Man Drowning" probably proves that assumption true. They don't sound exactly like Joy Division or anything, but it's dark moody post-punk with a low-voiced singer suggesting they've probably listened to that band at least once or twice. (They've probably listened to Bauahus too.) The song appears on their debut EP, Silaluk, due out May 19 via 6131, and it premieres below.