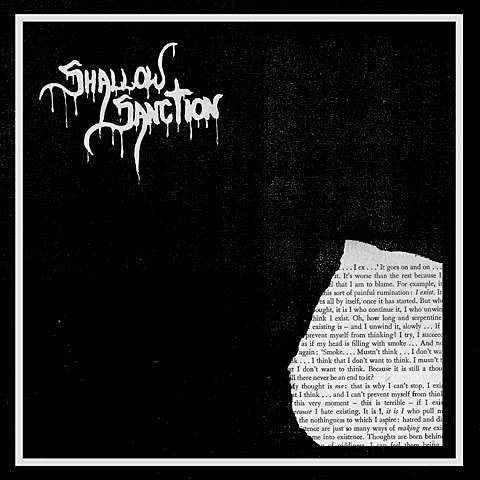 London punks Shallow Sanction are a new band from Jesse Cannon of the industrial dark wave duo Natural Assembly (who recently released a video for a new song). Forsaking the dance-y electronics of his other band, Cannon and Shallow Sanction call upon anarcho-punk and death rock to deliver ~2-minute and under angry rippers with a throwback UK feel. The band's currently prepping their debut 6-song EP for Hospital Productions--that EP is due out early this year, but in the meantime you can stream two tracks, "Ouroboros" and the eponymous "Shallow Sanction", below. Also check out the video for "Shallow Sanction", a black and white newsreel-style video of a bombed out landscape and what I think--judging by the words that flash at the bottom of the screen--are closeups of various human organs.

Shallow Sanction just did a Q&A with 13:13--head over there to read a little bit more about the band.