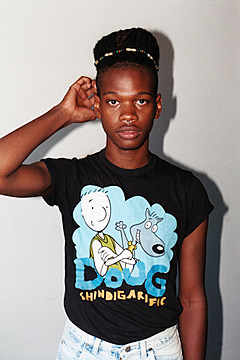 Shamir released the Northtown EP on GODMODE earlier this year, and he's now signed with XL who will rer-elease it early next year, including an extended vinyl run (only 100 copies were made initially). He's also got a brand new single, "On the Regular," which is another fun example of his pop cross-pollination. Check out the video below.

Having just played GODMODE's CMJ show at Babycastles, Sharmir's next NYC show will be November 20 at Baby's All Right with GODMODE pals Yvette and Mister Small. Tickets are on sale now. He's also got some UK/European dates in December. All are listed below.