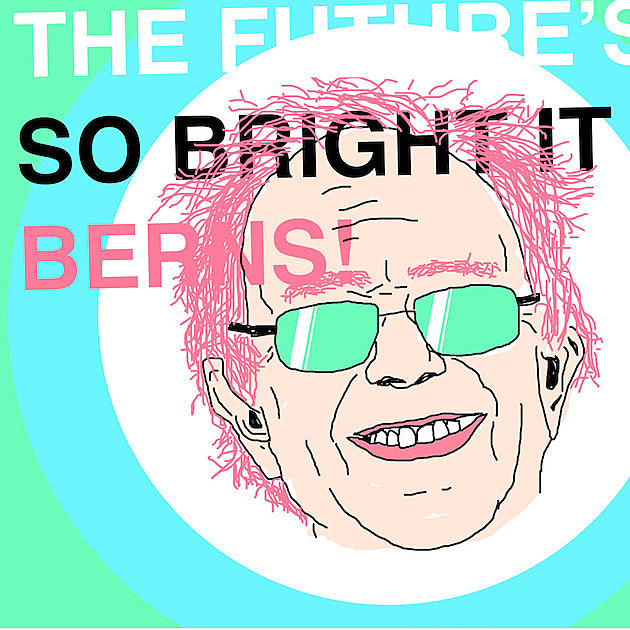 We're just a few days away from the Iowa Caucus, the real kickoff to primary season. Bernie Sanders has been getting a lot of support from musicians, and a bunch of mostly-newer artists have contributed songs to a benefit compilation titled The Future's So Bright It Berns!. The 36-track digital comp features Shana Falana, Emperor X, Terror Pigeon!, Cameron Boucher (of Sorority Noise), Cameron Wisch (of Porches) and more (obviously) and is a mix of original songs and covers of Bowie, Grandaddy, Fugazi, and others.

100% of funds collected from the compilation will go directly towards the Sanders campaign efforts. You can also stream the whole thing below.