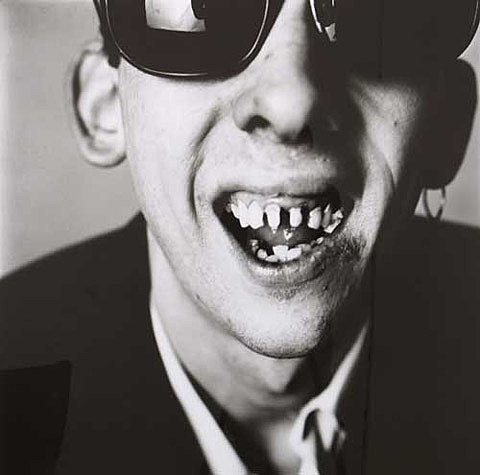 According to a tweet by the girlfriend of the legendary Pogues vocalist with one of the most unintelligible accents this side of Mark E Smith, Shane MacGowan is currently looking for new dentist to help shape up his mangled mouth of snaggleteeth "so he can star in Hollywood film." Interested dentists can apply by responding on twitter, with word that "Shane promises to do advertising campaign for the winning dentist" if chosen. You have your work cut out for you, whoever you are. McGowan's choppers are legendary, and onetime tourmate Mojo Nixon once wrote a song his dentist who may or may not have existed at the time (stream it via Spotify).

The Pogues recently released 30:30, a 2CD retrospective on their 30-year career.