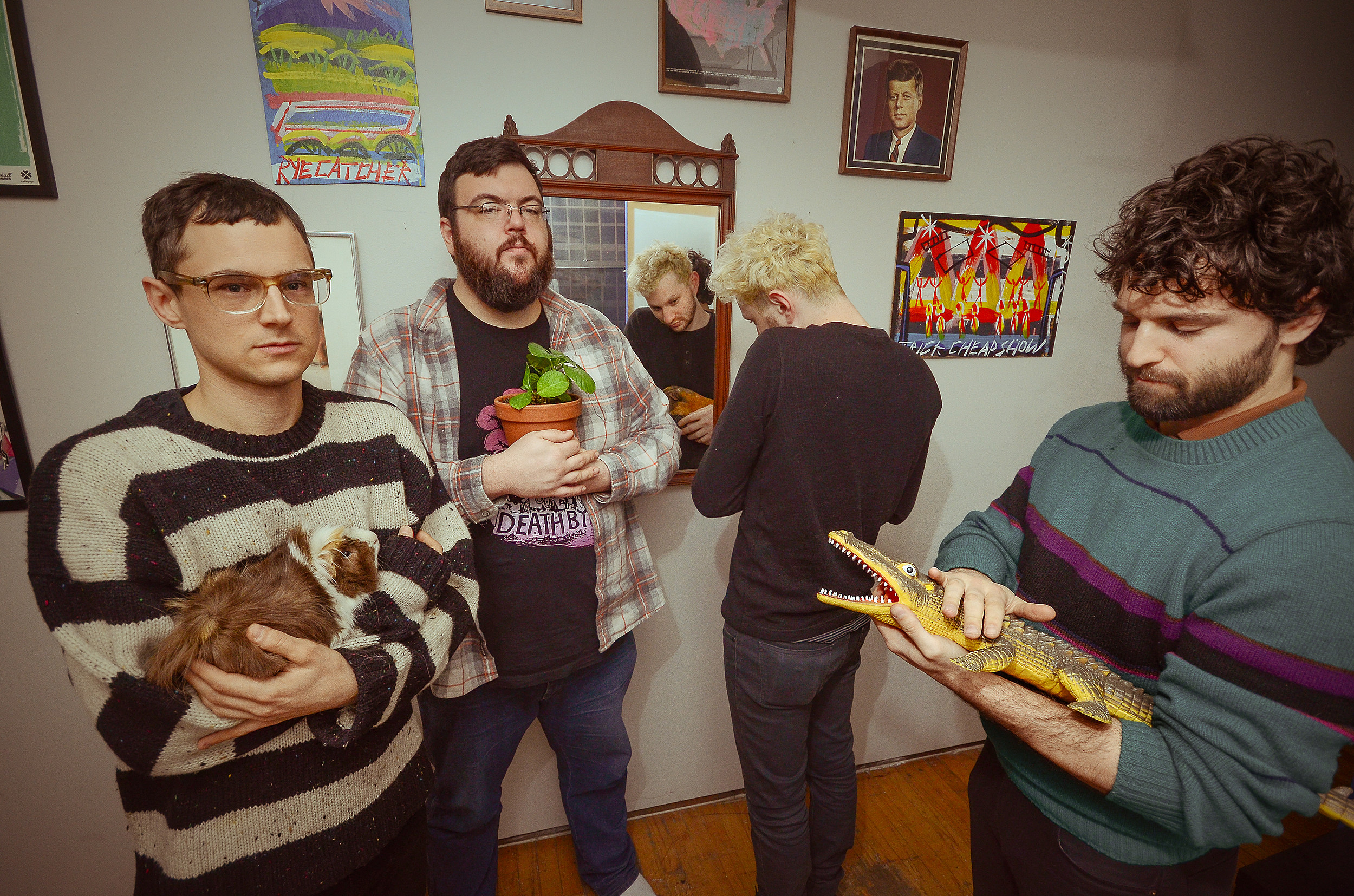 Brooklyn indie stalwarts Shark? have a new EP, Becky and Debbie, that will be out April 21 via Old Flame. The titular couple are guinea pigs and star on the EP's cover art, which you can check out below. The first track released from the EP is "Hate Crime Girl" that was inspired by a couple different things. Part of it was by the work of controversial artist Chris Burden whose most infamous piece was being shot in the arm with a 22 caliber rifle. (His work has inspired songs by David Bowie and Laurie Anderson, too.) The title, though, came from a real life encounter when guitarist Jared Hiller met a girl after they both had the unfortunate experience of witnessing a man getting beaten with a baseball bat. Says singer Kevin Diamond:

We referred to her as "hate crime girl" as they met while witnessing a horrible crime. I liked the idea of love blooming while witnessing ultimate hate, and thought it was a concept that Chris Burden would get a kick out of, so put the two ideas together. Jared and the girl never fell in love though.

Powered by a catchy fuzz bass riff, "Hate Crime Girl" makes its premiere in this post and you can listen below.

You can also check out a trailer for Becky and Debbie which borrows from a certain drum-oriented Oscar-nominated film. It's called "Swerdlash" and was directed by Jared Hiller. Watch it below... 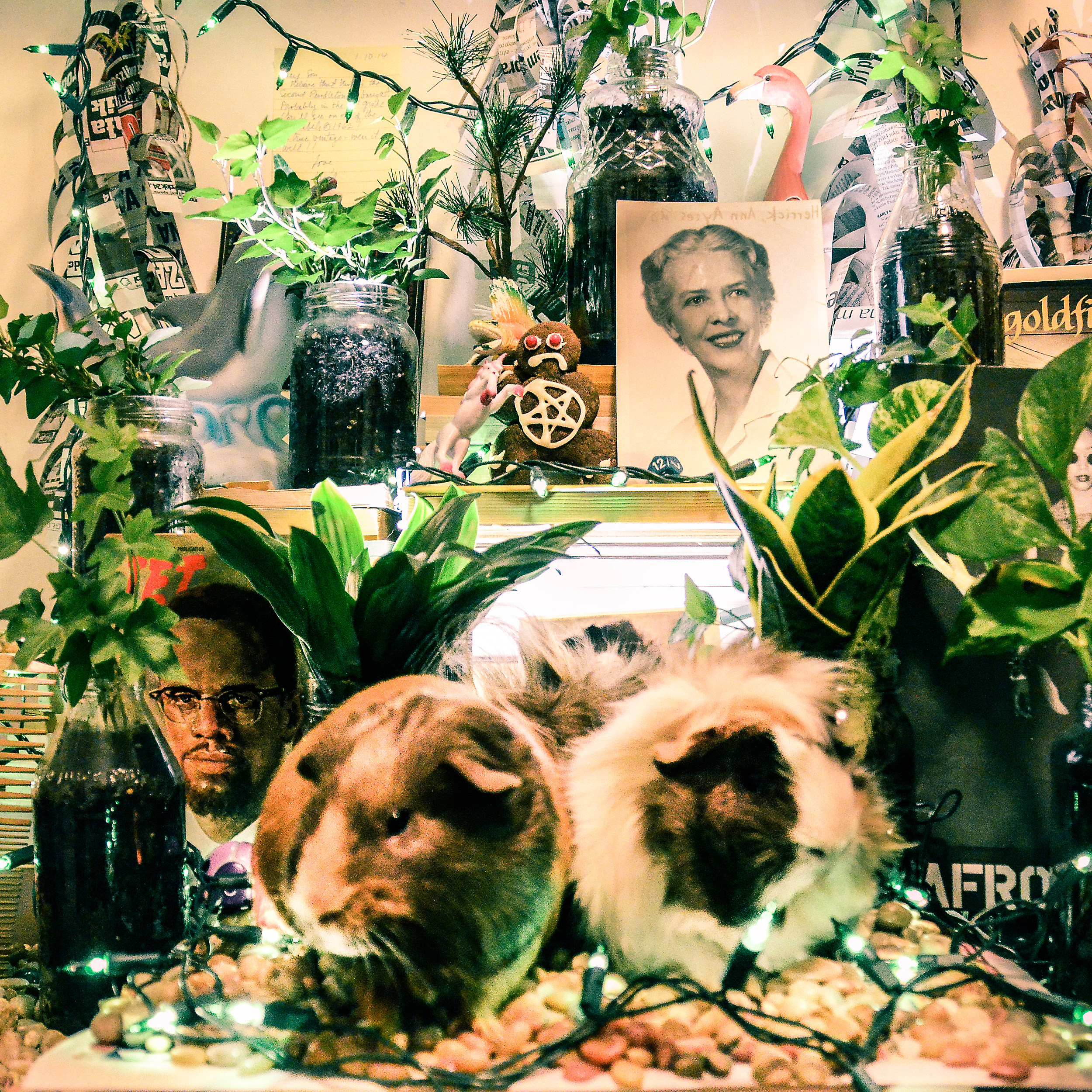