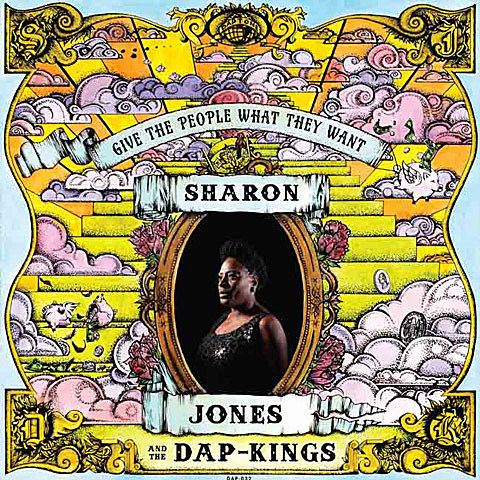 Back in June, we posted the unfortunate news that Sharon Jones was diagnosed with cancer and had to postpone her album and tour. She since underwent a successful surgery, and it's now been announced that her new album, Give the People What They Want, is finally set to drop on January 14. What's more, she's also announced that she'll return to the stage with a hometown show on February 6 at Beacon Theatre. Tickets for the show are not on sale yet, but you can check Ticketmaster for updates. Happy to see you're doing well, Sharon!

Sharon just released the video for the new album's single, "Retreat!," which you can watch below...

Sharon Jones & the Dap-Kings - Give the People What They Want Tracklist:
Side One:
Retreat!
Stranger To My Happiness
We Get Along
You'll Be Lonely
Now I See