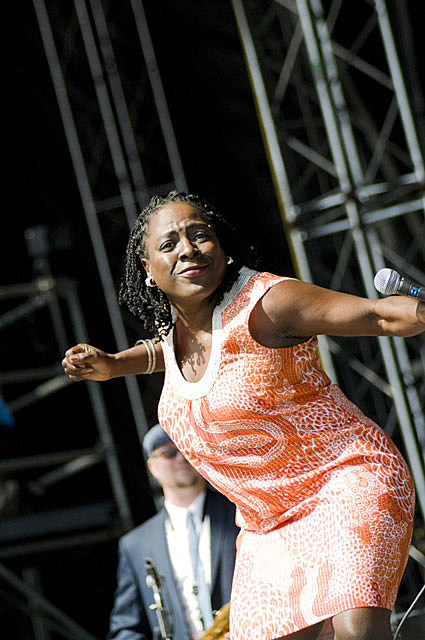 She played Coachella. She played Bonnaroo. She played Lollapalooza. She played Osheaga. She played the Virgin Festival in Baltimore. And this past Sunday she and the Dap Kings (they were at all those other places with her too) headlined Central Park Summerstage in NYC. Other Daptone family members shared the bill...

Naomi Shelton first lifted her soulful voice into the Daptone family back in the Desco days of the late 1990s. Under her maiden name, Naomi Davis, she gave us "Forty First Street Breakdown," which has become a secret weapon for funk DJs....Naomi has a regular Friday-night residency at the West Village's Fat Cat, during which she and her band regularly blow away the audience with her powerful vocals, popping basslines, and spot-on harmonies (andfor only $3, it's probably one of the cheaper ways to change your life)...

...Menahan Street Band is one of the many projects of Thomas Brenneck, best known, perhaps, as the guitarist for the Dap-Kings, the Budos Band, and Amy Winehouse. Recorded entirely in analog in his Brooklyn home, Menahan Street Band's debut LP, Make the Road by Walking, out October 14, redefines the idea of bedroom project.

Sharon Jones always brings audience volunteers up on stage to dance with her. At the Apollo show she brought a guy named Rik up on stage. I know it was Rik because she brought him up AGAIN Sunday at Summerstage and he blogged about it.

The pictures in this post are from the Virgin Festival. More of those, and some videos from Lollapalooza, below...

Sharon Jones teaches a Lolla audience member how to love 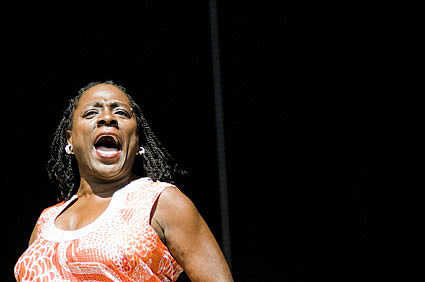 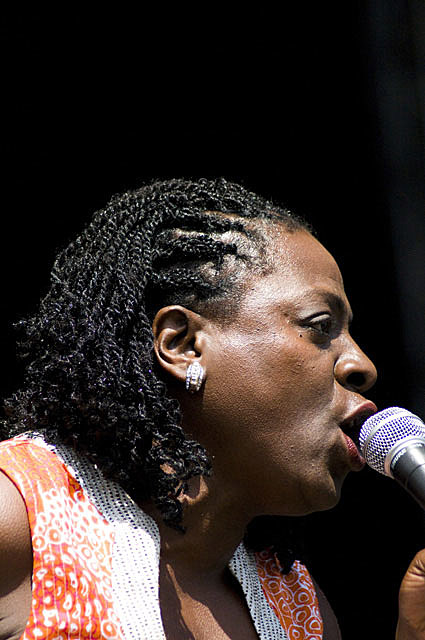 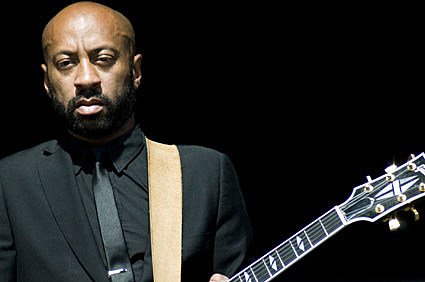 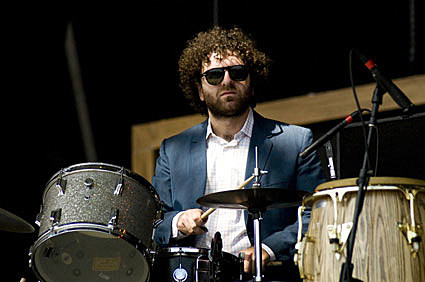 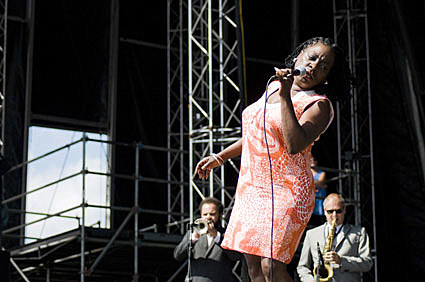 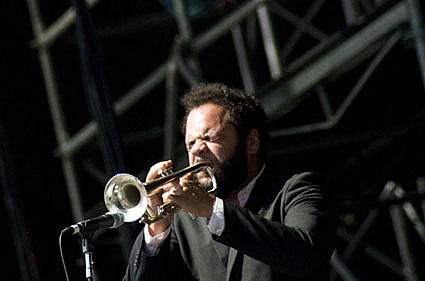 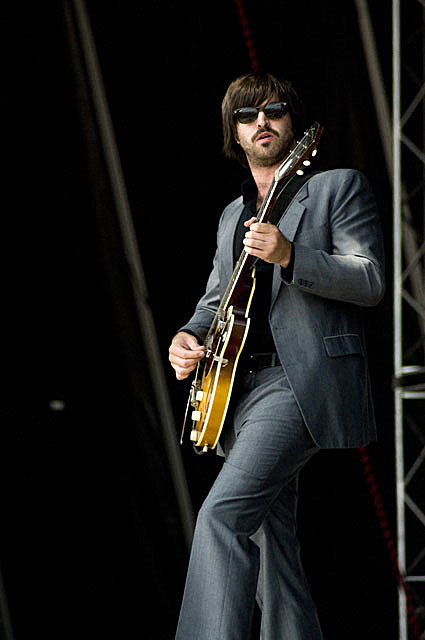 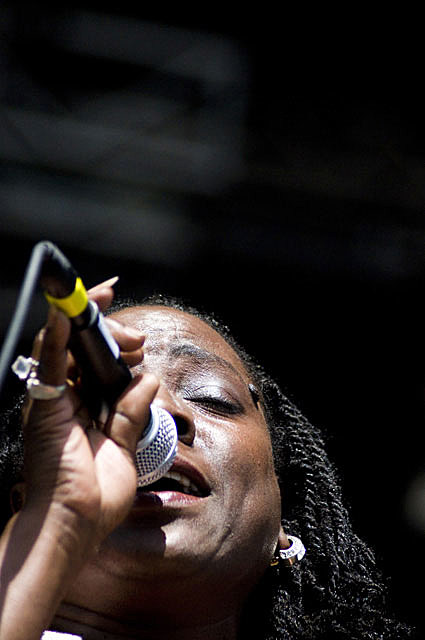 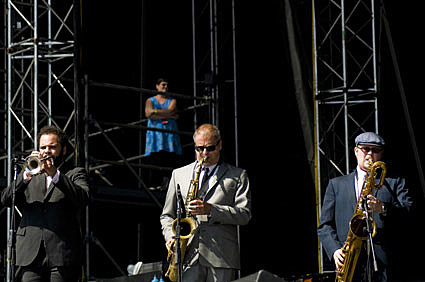 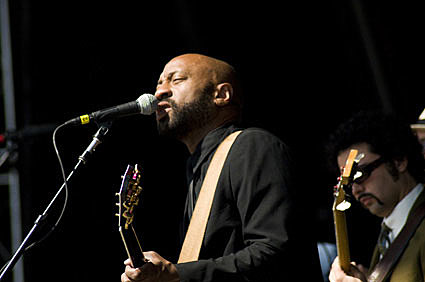 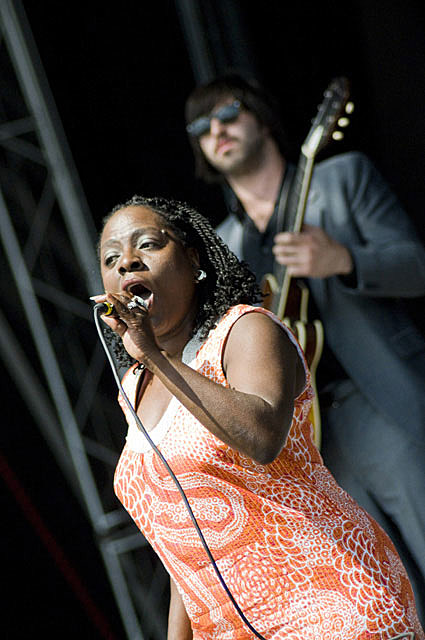 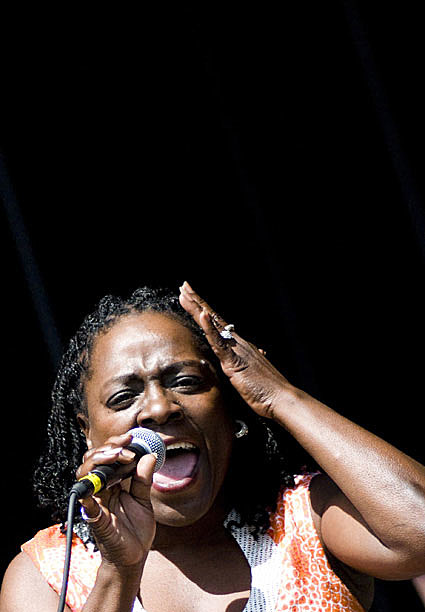 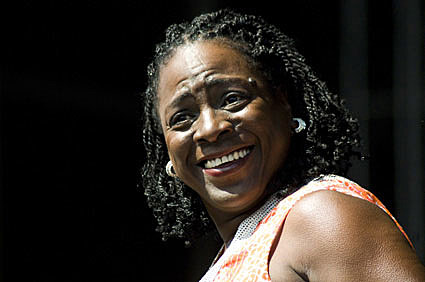 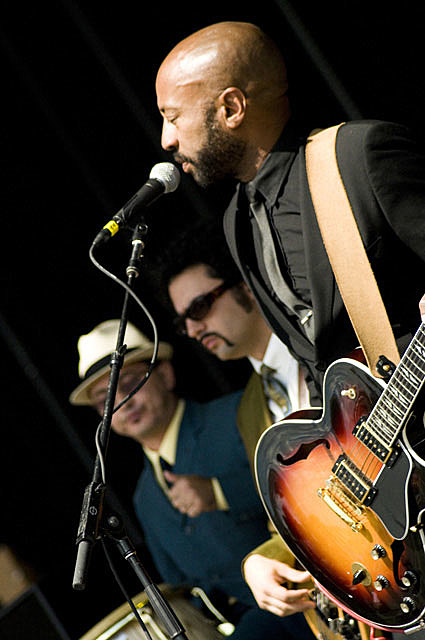 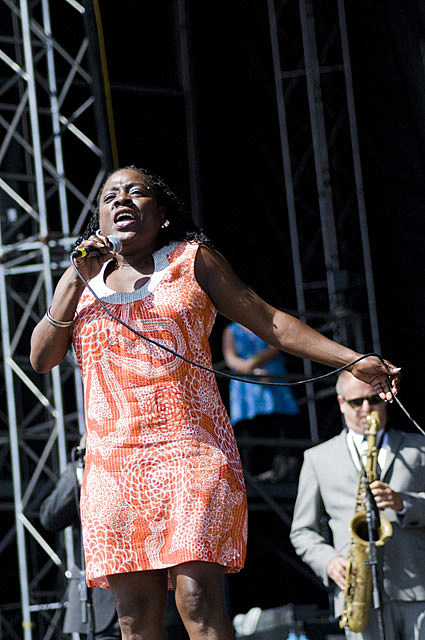 She's also playing Outside Lands, ACL and other places too...