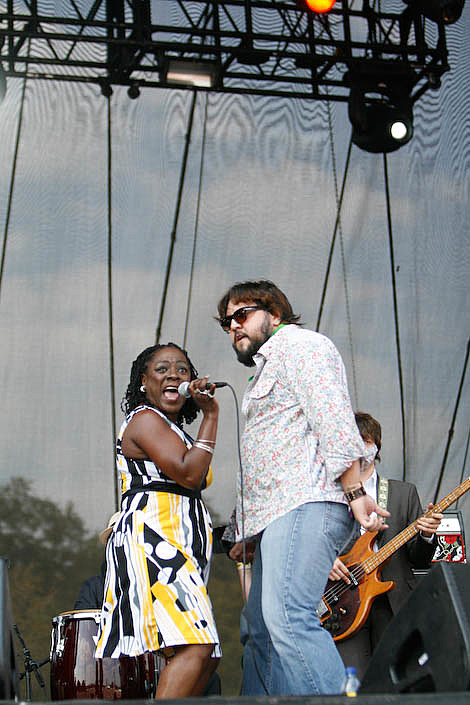 Let's face it, anyone who is going to style themselves "The Dap-Tone Super Soul Revue" had better be able to represent. Or, as Jones put it, "TES-tify and REC-tify." After a JBs-style instrumental vamp and rave-up by the nattitly-attired Dap-Kings, Jones came shimmying out onstage, ushering in almost an hour of non-stop pyrotechnics onstage. Several times, Jones pulled audience members from the crowd or out of the wings to join her aerobics tutorial, but she really didn't need the company. A soulful belter whose most obvious contemporaries are Bettye Levette and Irma Thomas, Jones sang convincingly of love and loss and the sorry, no-good so-and-sos responsible for both. [Austin360] 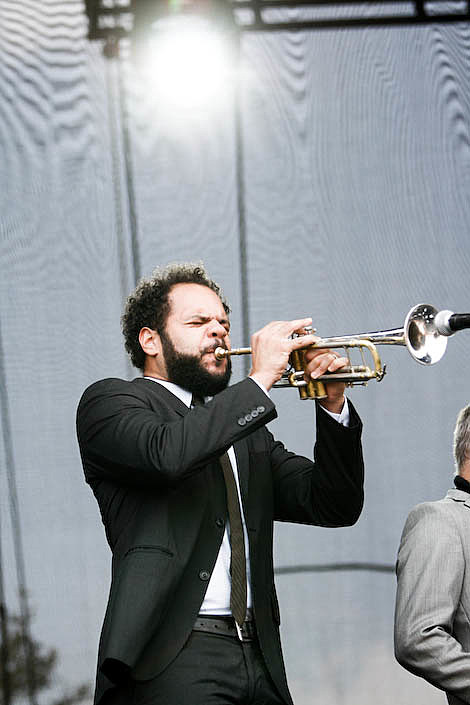 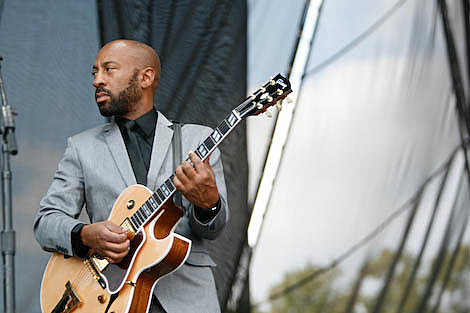 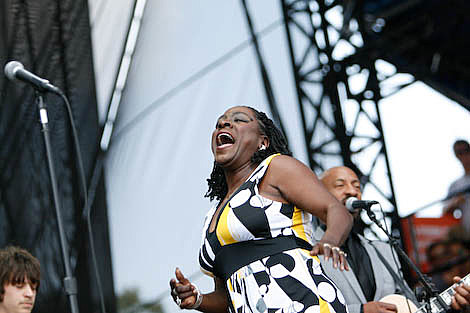 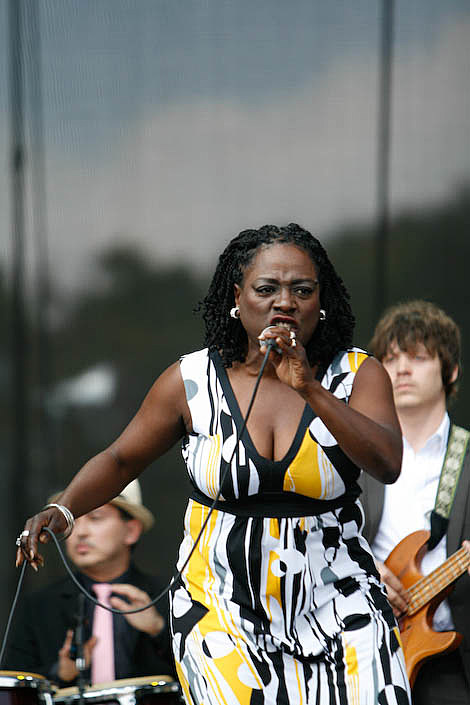 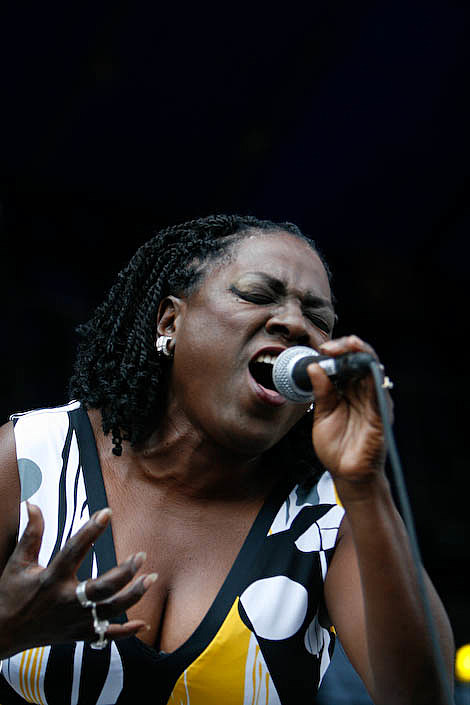 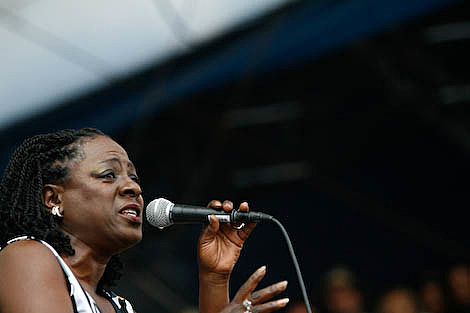 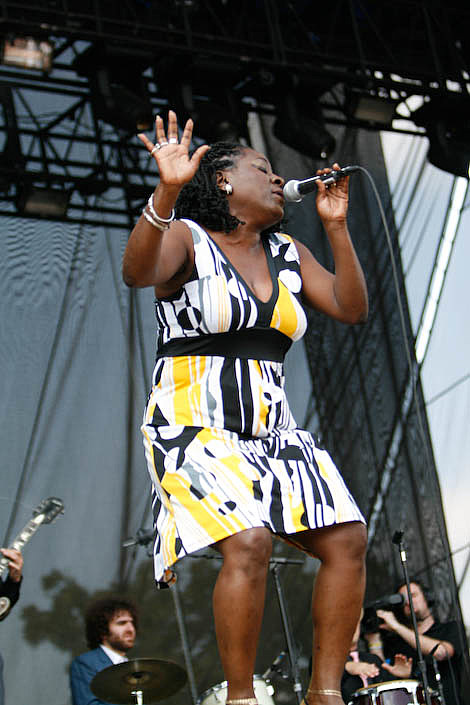 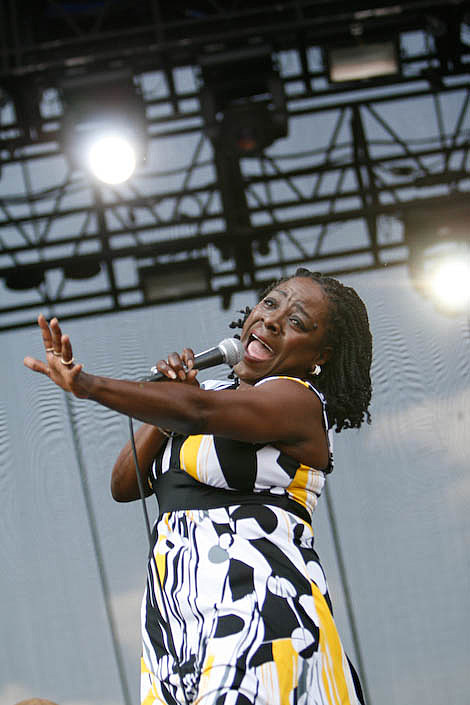 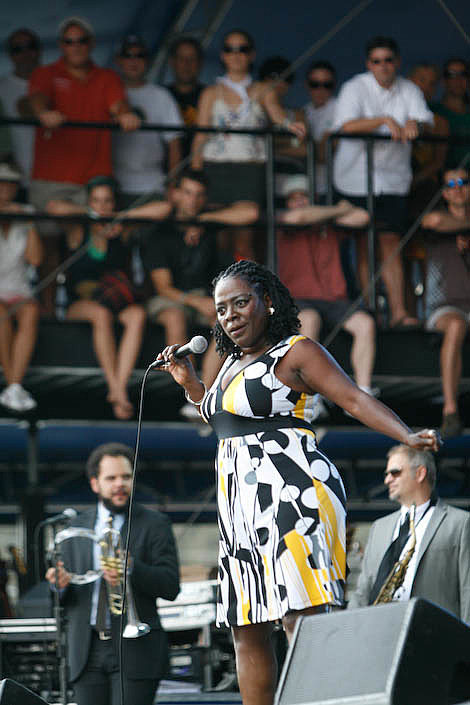