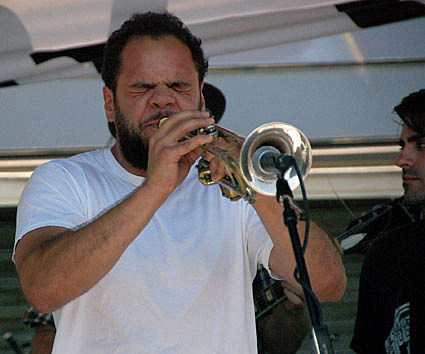 Tonight (July 26, 2007) is the free Sharon Jones & The Dap Kings concert in Castle Clinton - a seated outdoor venue (where Drive by Truckers just played), but I doubt many people will be staying in their seats - well, actually I don't know. It will definitely be weird if security trys to keep it a truly seated concert. What do you think? Note: "Two free tickets per person will be distributed at the Castle on a first-come, first-served basis starting at 5:00pm on the day of the show."

And as I've said many times, Sharon's backing band The Dap Kings also now back Amy Winehouse, and share members (and a label) with The Budos Band. The Budos Band played the free BrooklynVegan/Solar One Citysol concert a few weekends ago - the one Les Savy Fav headlined. And as previously mentioned, despite not a ton of people showing up for their early set time (relatively speaking), the show was a funky good time. The Budos Band's next show is at Joe's Pub on August 9th - I hope they can all fit on the stage. More photos & tour dates, below... 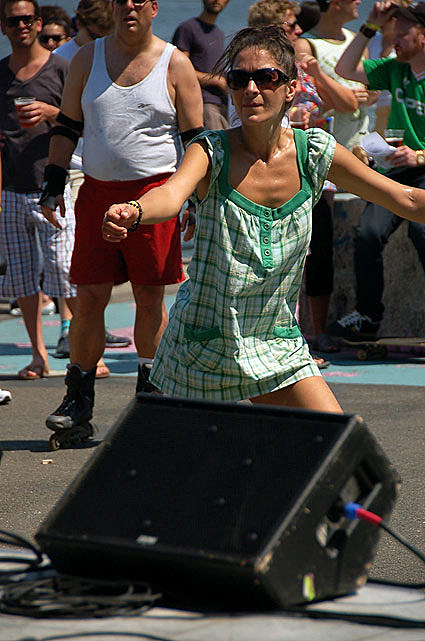 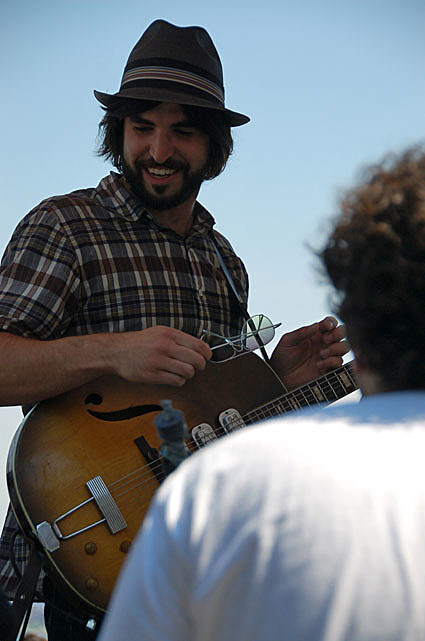 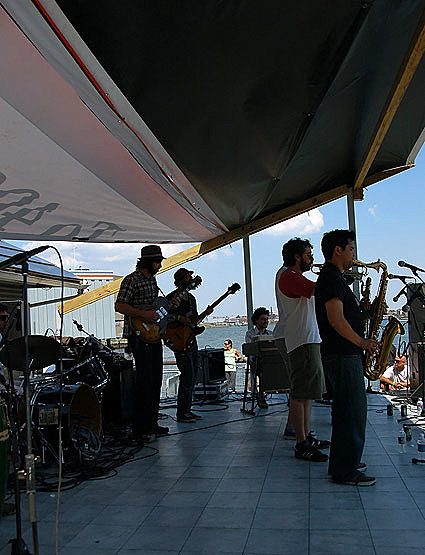 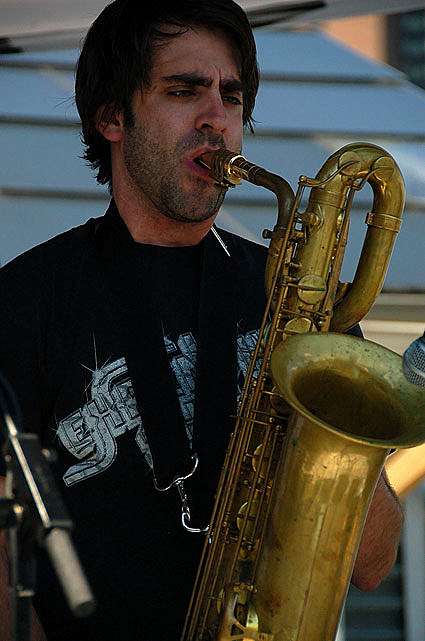 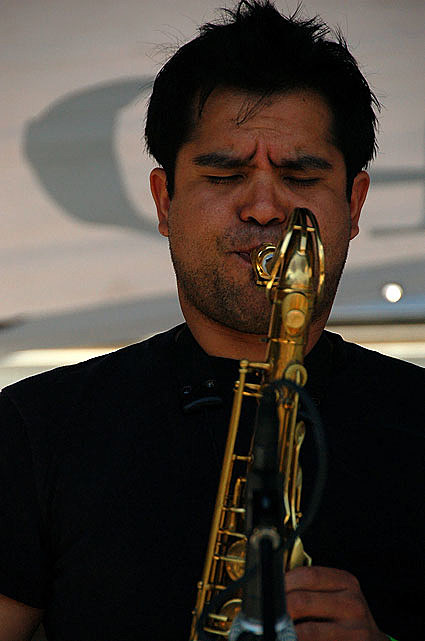 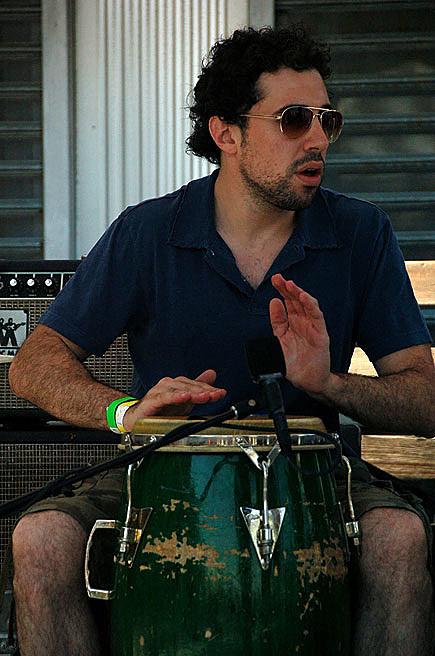 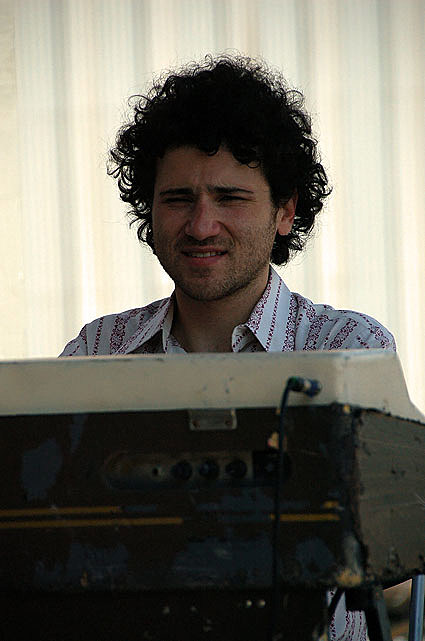 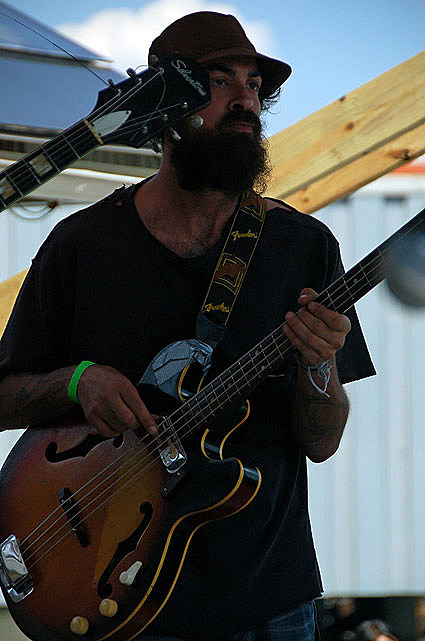 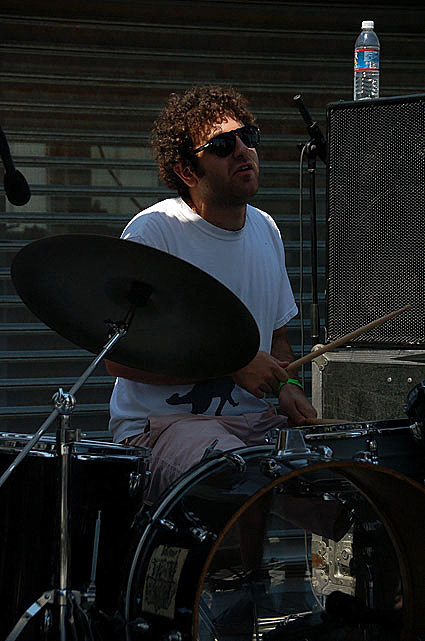 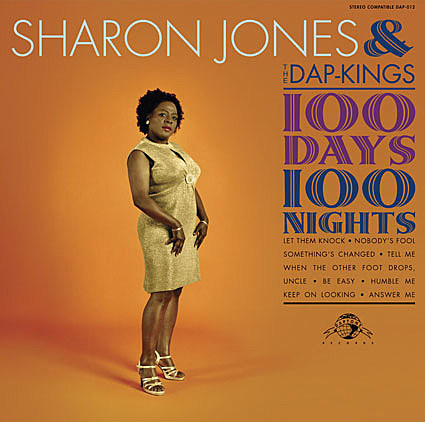