Sharon at LPR in October (more by Toby Tenenbaum) 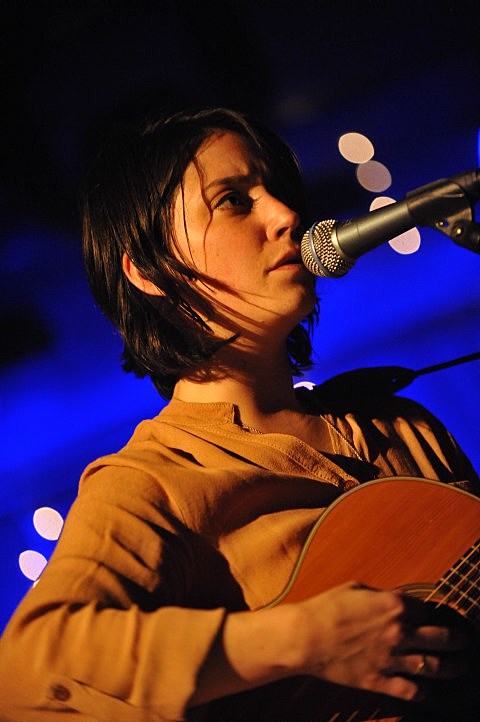 As mentioned, Sharon Van Etten signed to Jagaguwar and will release her next album with them in early 2012, which Aaron Dessner (of The National) is producing. A release date still hasn't been set for the album, but we now know that it's called Tramp and will feature contributions from Matt Barrick (of The Walkmen), Doveman, Zach Condon, Jenn Wasner (of Wye Oak), and Julianna Barwick.

After Sharon opens for The National at Beacon Theatre (12/13) (tickets), she'll go on a tour in support of her new album with one of her favorite bands Shearwater. That tour hasn't been announced in full yet (update: now it has), but it hits NYC on February 24 at Music Hall of Williamsburg and February 25 at Bowery Ballroom, and also includes two Chicago shows. Tickets for the MHOW show, and the Bowery Show, go on sale Friday (11/11) at noon with an AmEx presale starting Wednesday (11/9) at noon.

Shearwater also have a new home (Sub Pop), and they'll be releasing their next album on the label in early 2012. They released some live recordings and experimental pieces on their bandcamp back in April in honor of the signing.