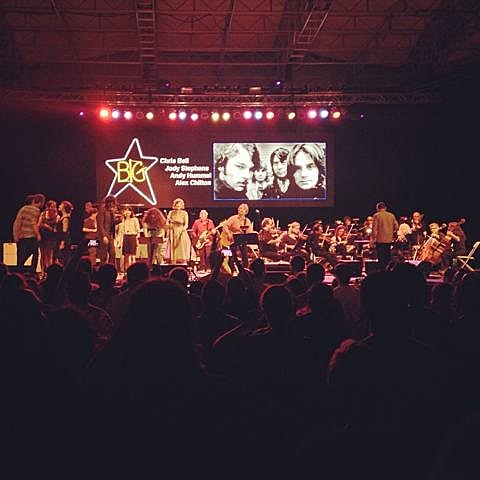 We didn't get the album in order, although the exact ordering of the album has always been a bit ambiguous anyway. One dissenting voice in the crowd was complaining loudly that no-one was mentioning Alex Chilton, the perfect reply came from the stage via Django Haskins (who among performing was the designated announcer) who said "everything we're doing tonight is about Alex Chilton". In essence, what could have been an event laboured with sentimentality was dealt with love, everyone (performers and audience) knew why we were there, because Chilton's songs have touched us, we got a few nice anecdotes during the evening but the songs speak for themselves.

One highlight of the evening saw one of my favourite singers, Sharon Van Etten (who also lives in my neighbourhood, I keep hoping I'll bump into her one day!) deliver a beautiful duet with Ken Stringfellow on Dream Lover. - [Some Other Sucker's Parade]

If you're looking for more Big Star, the new documentary on the band, Big Star: Nothing Can Hurt Me, opens in NYC today (7/3) at the IFC Center. Jody Stephens will be at the 7:45 showing (tickets) for a post-screening Q&A, and will also introduce the film at the 10:10 PM screening (tickets). The filmmakers, who will also be around tonight, will participate in a post-screening Q&A at the 5:15 showing on July 4 (tickets). The film, which is also available on demand, opens Friday (7/5) in Los Angeles, with additional cities to follow. All playdates are below.

The film was one of Veronica Falls singer/guitaris James Hoare's favorite things of 2012, and the NY Times has this to say:

Forty years ago a mob of rock critics gathered for a convention cooked up by a promoter for the Memphis band Big Star, which played a praised set. That image of a cherished, practically mythic concert for an adoring and grateful few helps lay down the mood for "Big Star: Nothing Can Hurt Me." A well-sourced account of a perfect, broken dream, Drew DeNicola and Olivia Mori's slightly shaggy documentary captures what it's like to discover music so good it seems as if it were made just for you.

You can watch a trailer for the film below.

Big Star: Nothing Can Hurt Me trailer 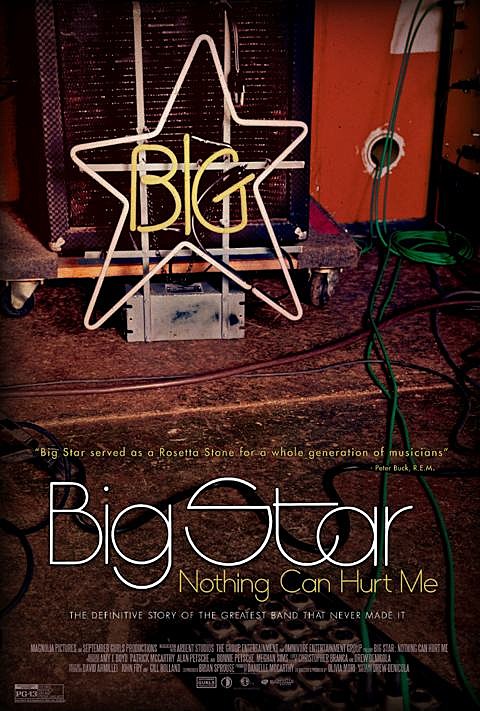