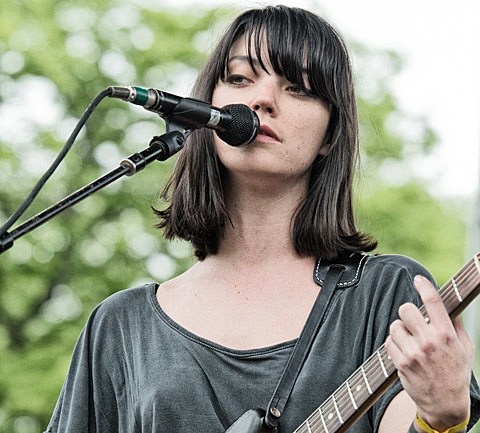 Sharon Van Etten announced that she'll follow 2012's Tramp with a new album, Are We There?, which is due out this May. Confirmed collaborators include Torres (aka Mackenzie Scott), Shearwater's Jonathan Meiburg, Lower Dens' Jana Hunter, and Efterklang affiliate Peter Broderick.

She hasn't officially released any music from it yet, but this Sharon Van Etten fan tumblr says it's confirmed that some of the songs she's been playing live will make the cut, including "Nothing will Change," "Tarifa," and "Your Love Is Killing Me," which you can watch live videos of below.

The tumblr also says that tracks called "You Know Me Well," "Pay My Debts," "Afraid of Nothing," and "Break Me" are confirmed, and a new song she played at Pickathon is likely to appear as well. Check out more details (including "possible" and "unlikely" songs) here.

Sharon doesn't have a tour announced at the moment, but she'll be at SXSW. UPDATE: Sharon is not going to SXSW afterall.

In related news, Torres is playing a free NYC show soon, Efterklang is breaking up and Shearwater is touring. And Sharon's bandmate Doug Keith is releasing a solo album.

Sharon Van Etten - "Your Love Is Killing Me" live