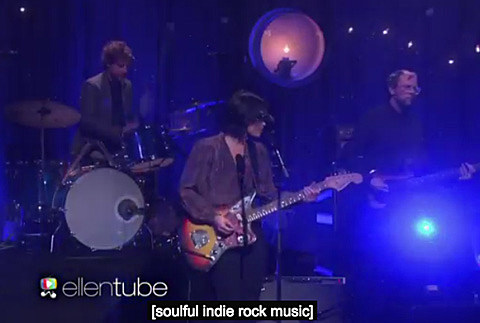 Sharon Van Etten made her daytime talk show debut on Ellen yesterday. (Mariah Carey was the main guest, by the way.) On it she debuted a new single, "I Don't Want To Let You Down" which is not on last year's Are We There. As the show's closed captions helpfully explain, it's soulful indie rock music and you can watch her Ellen performance below. Has your mom called to ask you if you know who Sharon Van Etten is and do you like her yet?

SVE will play two sold-out shows at Greenpoint venue Warsaw next month before heading off on a world tour. Her next NYC show after that is at Governors Ball. All dates are listed below.