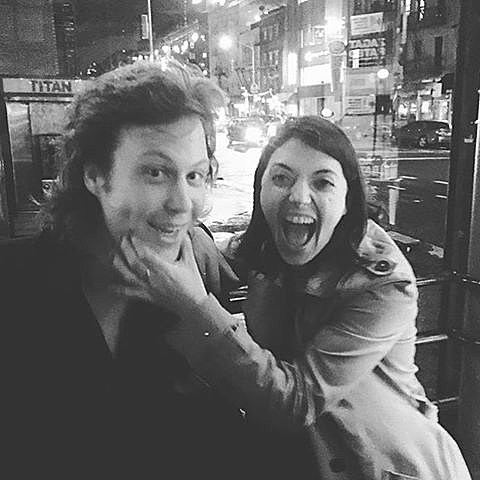 Australia's Jack Ladder & the Dreamlanders just brought their tour to NYC for shows at Baby's on 12/1 and Mercury Lounge last night (12/2). At last night's show, Sharon Van Etten, who sings on two songs on their album Playmates, showed up to sing with them. That's them hanging together in NYC above, and you can check out a live shot from the show below.

Meanwhile, as Stereogum points out, she's going back to college and hopes to become a therapist. She was featured on "The Thread" with Sharon Jones, a series that facilitates a conversation between two artists (not always ones with the same first name), and SVE said:

I will be studying psychology. I only went to two years of college -- and that was over ten years ago. Needless to say, I am nervous about how much things have changed with technology. But I am excited to study and learn and be around others that challenge me in a different way. I hope to become a therapist one day.

Good luck Sharon! Let's just hope school doesn't keep her away from music as long as it has for Fleet Foxes.