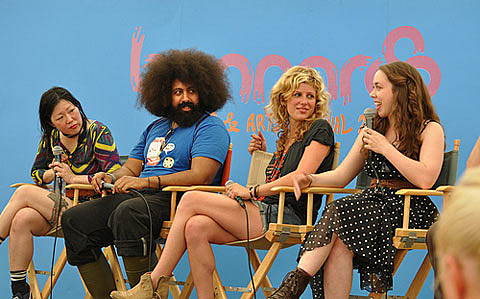 Though we already mentioned Sharon Van Etten's new record, and two upcoming NYC shows, there are more details out on both of those gigs. The first, August 2nd (tonight) at the Rock Shop, is the grand opening of the venue (co-presented by BrooklynVegan) and features a now-announced guest. Opening will be folkie Portland, ME band Lady Lamb the Beekeeper. Tickets are on sale.

Sharon's other NYC show (currently the only one before a September tour with Marissa Nadler) is August 7th at Bushwick Starr. Also on the bill for that are Springs aka Mike Visser, who has shows with Dr. Dog's Scott McMicken coming up, and Comedy Central Records comedian Reggie Watts.

Reggie Watts will also be performing in Fort Greene Park on Tuesday, September 14th with Naomi Shelton & the Gospel Queens. The free show is the 2nd in a series curated by Other Music. The first happens August 10th in the same location with Dam-Funk and DJ Spinna. Flyer below.

Speaking of comedy (and there's more recent funny news here), Tracy Morgan will be doing two nights of stand up at Apollo Theater on September 24th and 25th, to be taped for his debut HBO special Tracy Morgan: Black And Blue. Tickets are on sale. He writes that "The special is going to be all the elements: fire, water, earth, air, the comedy bender, the Avatar of comedy experience."

Back to music, Sharon Van Etten recently sat down for a La Blogotheque session. Those videos and all tour dates are below... 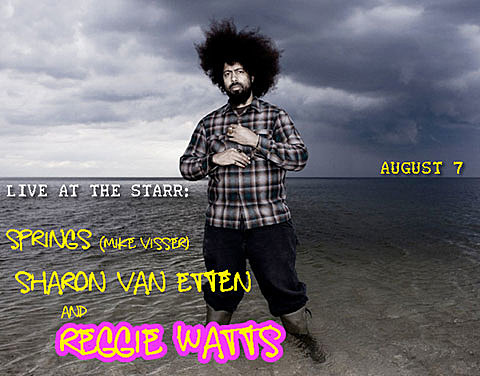 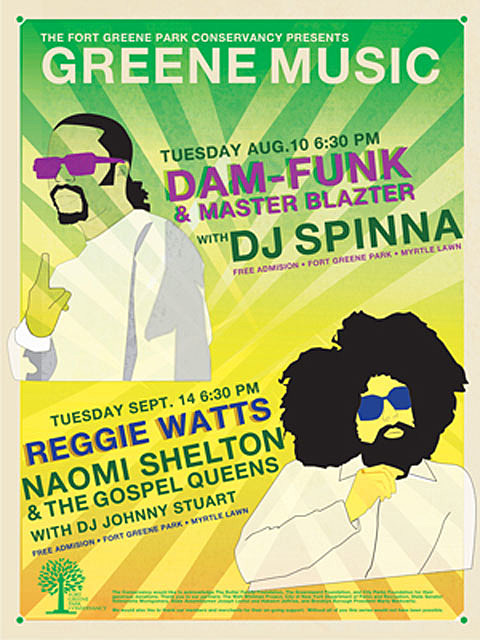 ALL SHOWS ARE FREE, ON THE MYRTLE LAWN OF FORT GREEN PARK
(enter Myrtle and N Portland)