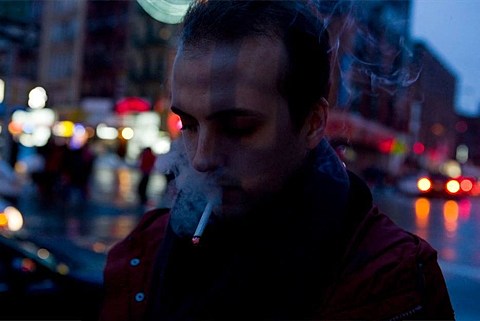 Brooklyn songwriter Jack Greenleaf fills almost every song in his Sharpless project with staggering amounts of layers, all focused on creating a massive atmosphere for his vocals and guitar work to live within. The music is maximalist, especially when compared to other artists in the collective Jack is part of called The Epoch (also including Told Slant, Small Wonder, Eskimeaux, Bellows and more). Like with most projects associated with The Epoch, those artists all contribute to the newest Sharpless album, The One I Wanted To Be, which dropped this past May. The album runs the shimmering cheeriness of J-Pop and K-Pop through the lens of modern DIY rock and comes out with a full-length party that pulls the all-night-chiptune-bender sound of bands like Crying and Anamanaguchi into a more personal shell. You can stream the album in full below.