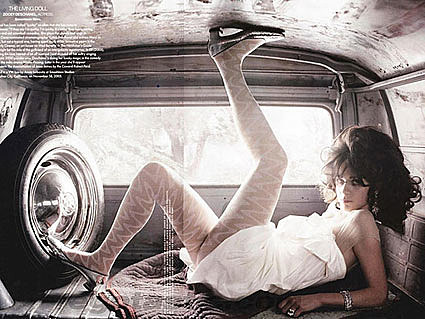 In case you were wondering (and missed it), a few hours after I posted about that Zooey Deschanel (pictured above) show at Glasslands, I got an email saying it was cancelled. Oh well. It was good while it (barely) lasted.

She & Him (Zooey & M Ward) just announced shows (that probably will really happen) in NYC and LA. The NY show is at Hiro Ballroom on April 21st. Tickets go on sale Friday March 28th at noon. All dates below....