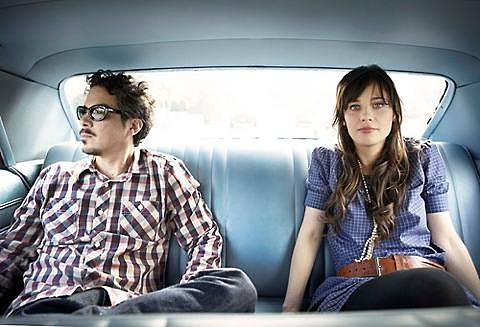 As mentioned, She & Him are touring this summer in support of their third album which came out today. (Stream it at Merge.) The tour which is with Camera Obscura, stops at Central Park Summerstage on July 6. It isn't sold out yet, but Zoey & M. Ward added a second Summerstage show on July 8. Tickets go on sale Friday (5/10) at noon. Updated tour dates are listed below.

Filed Under: She and Him
Categories: Music News, tour dates
Comments
Leave A Comment
23 New Songs Out Today
She & Him cover Madonna’s “Holiday” on new 7″, touring in December
Springsteen, Wilco, Bright Eyes, Tyler the Creator & more want you to register to vote
12 NYC Holiday Shows To See This Year including She & Him (win tix)
She & Him announce 2019 Christmas tour
tours announced: Herbie Hancock, Neal Brennan, Cameron Esposito, John Mellencamp, more