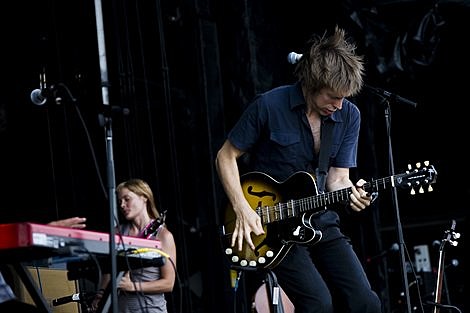 Matador will be releasing the new album by Shearwater, The Golden Archipelago, on February 23rd. You can preorder that in a variety of packages, including The Golden Dossier version which comes as a loose file of ephemera and goodies. More info on both the album and its special edition are below. A song off the record, "Castaways," is posted above.

They'll be in Europe this February and early March before touring North America in March and April with Wye Oak and Hospital Ships (openers vary by date). One of those dates is a Bowery Ballroom show on Saturday, March 27th (with both of those openers). Tickets are now on AmEx presale. General sale starts Friday at noon.

As NPR pointed out, Hospital Ships "founder and sole member Jordan Geiger has a long, varied indie-rock resume, with stints as the trumpeter in Shearwater and the chief songwriter of Minus Story."

Shearwater drummer Thor Harris will also be keeping busy this year as a member of Swans.

More Shearwater album info and all tour dates are below... 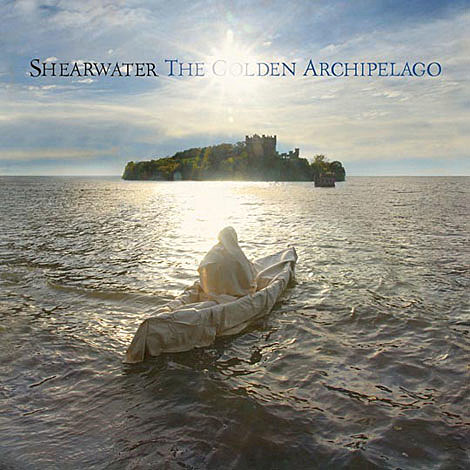 In conjunction with the release of Shearwater's new album, The Golden Archipelago, singer Jonathan Meiburg and designer Mark Ohe have created a beautiful, full-color, 75-page, 8 x 10.5" dossier as a companion piece.

It's a visual guide to the world of the album, primarily composed of photographs and documents collected by JM from islands and other singular places around the world. Among its pages are the national anthem of Bikini Atoll, the story of a charming and fatally obsessed German aviator and explorer, notes from the daily life of a remote Aboriginal village occupied by missionaries, and photographs from an island Jules Verne considered "The End of the World," where endangered animals remain unafraid of humans. It also features production credits and full lyrics for The Golden Archipelago and its B-sides.

Images from the dossier are featured in the above video, and some beautiful sample pages can be found at Matador.

The dossier's loose, numbered pages are perfect for spreading across a desk and poring over by the light of a single bulb. They will come packaged in a personalized, numbered, heavy-duty envelope fastened with a string tie (also found in the link above).

Meiburg and Ohe worked for weeks to compile and design the dossier, which was originally intended to accompany a special edition of the album. But the cost of printing the complete dossier at full size turned out to be prohibitive, and the band's record label - though thrilled with the result - couldn't figure out a way to make it work. It fell to the band to make the dossier available as it was originally intended.

Thus, you can obtain a physical copy of the full dossier in all its glory only by donating to this project on Kickstarter.

You'll need to pledge at least $30 in order to receive the dossier, which covers the costs of printing and shipping a single copy.