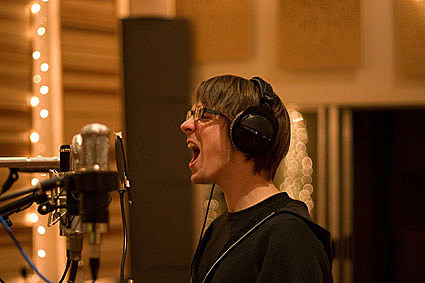 Shearwater were supposed to be playing Music Hall of Williamsburg with Clinic (who they are touring with) in May, but instead they're playing Music Hall of Williamsburg with Frog Eyes & Evangelicals on June 19th. Tickets for that are now on sale. They're also playing Florence Gould Concert Hall at Manhattan's French Institute in NYC on May 5th. Their new album "Rook" is out on Matador on June 5th (and they'll actually be performing the album at the May show).

I have a pair of tickets to give away to the Florence Guild show. To win, email BVCONTESTS@HOTMAIL.COM (subject: shearwater). Include your first and last name. One winner will be picked at random and contacted.