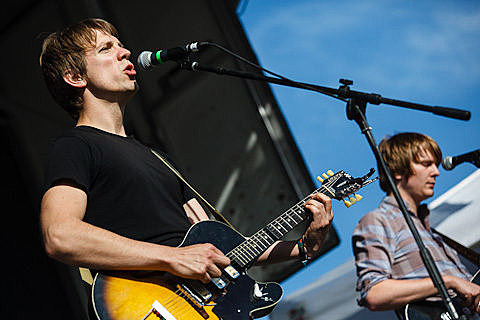 As discussed, Austin folk rock collective Shearwater are releasing Fellow Travelers, an album of covers/collaborations with bands they've shared the stage with, later this month (11/26) via Sub Pop. They've since announced that they'll support the record with an international tour in 2014 that comes to NYC on March 22 at The Bell House. Tickets for that show go on sale Friday (11/15) at 10 AM. All dates are listed below.

The band also just put out their video for "I Luv The Valley OH!" from the new album, which is a Xiu Xiu cover. Check that out, along with the list of dates, below...