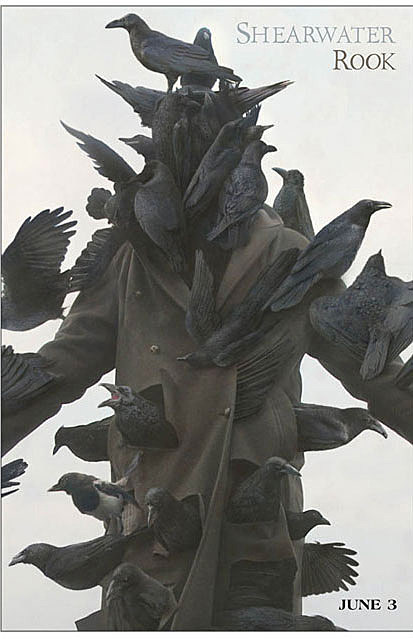 After Matador's '07 reissue of the critically acclaimed 'Palo Santo', we've been waiting & wondering about the next Shearwater full-length. We're happy to report the resulting LP/CD 'Rook', not only lives up to the ridiculously high standards set by its predecessor, but should well stand as an early album of the year candidate. Produced by Shearwater's Jonathan Meiburg and recorded by Matthew Barnhart at Denton's Echo Lab this past November and December, 'Rook' is an extraordinarily original work ; only on a handful of occasions have we heard an album this powerful and so rich in detail, both musically and lyrically. Shearwater's knack for the epic is already well documented, but with all due respect to their prior efforts, the broad sweep of 'Rook''s 10 songs is like nothing else you're likely to experience in 2008. -Matador

Shearwater is playing the official BrooklynVegan SXSW showcase at Club DeVille in Austin, Texas THIS WEDNESDAY NIGHT (March 12). They're also playing a few more times during SXSW and then going on a tour with Clinic that starts at Music Hall of Williamsburg in Brooklyn on May 8th (UPDATE: Shearwater is no longer playing that Brooklyn show see below, and all dates below.... 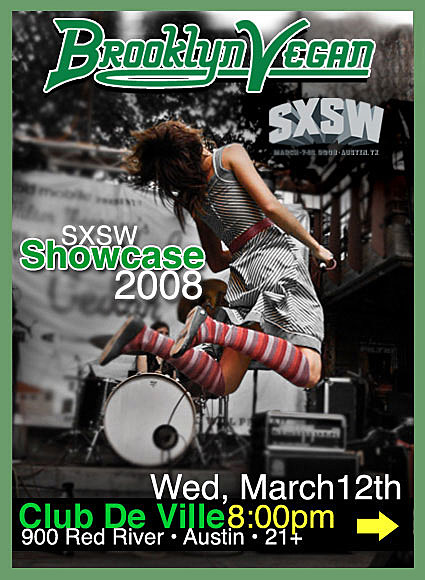