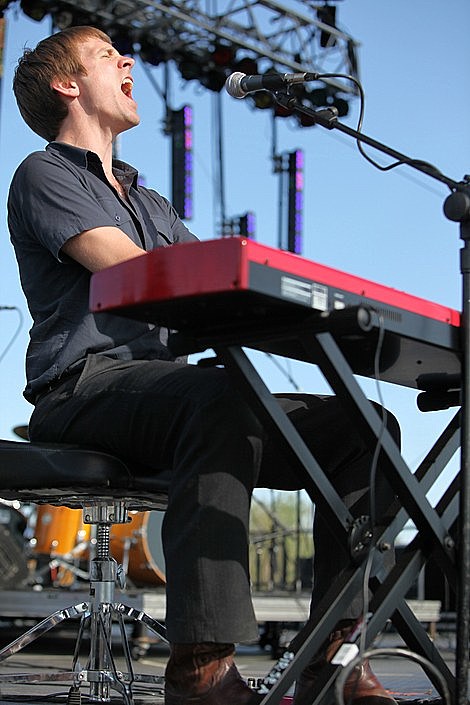 Shearwater are multitaskin'. The band is currently on tour with Damien Jurado (hopefully following Thor's guidelines) but managed to squeeze out a new album of quirky instrumentals entitled Shearwater is Enron via their Bandcamp over the weekend. The record, which was written/performed after The Golden Archipelago, is also available in physical form at ther merch table or on their website, and is one of two releases in the past two weeks for Shearwater frontman Jonathan Meiburg:

Two years before Shearwater's Palo Santo, JM made this off-the-cuff solo record in two days at the home of producer and fellow Austinite Brian Beattie. Recorded live to 2-track tape, and never issued in print except for a handful of burned copies, this haunting, subdued mini-album features Beattie's whimsical bass playing and a young-sounding Meiburg playing guitar and singing.

Check out Buteo Buteo available at their band camp too. And of course don't forget the Xiu Xiu collaboration that came out in October.

Shearwater and Damien will hit Music Hall of Williamsburg in Brooklyn on 11/12 with Anni Rossi (tickets are still available). Current dates and some video taken on Friday are below.