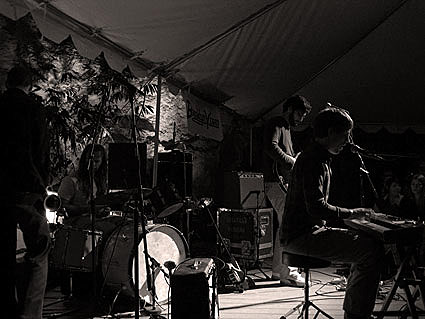 On Monday, May 5th and Thursday, May 29th, Shearwater will premiere Rook in special concerts at the beautiful Florence Gould Concert Hall at Manhattan's French Institute and The Parish in Austin, Texas. For both shows, we will be joined by a string quartet, woodwinds, trumpets, and a harpist, and will play our new album in its entirety, along with a set of older songs.

We are especially proud to announce that the New York show will begin with a rare solo performance by the legendary Michael Gira (Swans, Angels of Light), and will also feature projections by Kahn & Selesnick, the team behind Rook's cover art.

In addition, a limited vinyl 7″ of "Rooks" b/w "The Rainbow" (a previously unreleased live Talk Talk cover -- not featured on the Rook LP/CD) will be available for purchase at both shows.