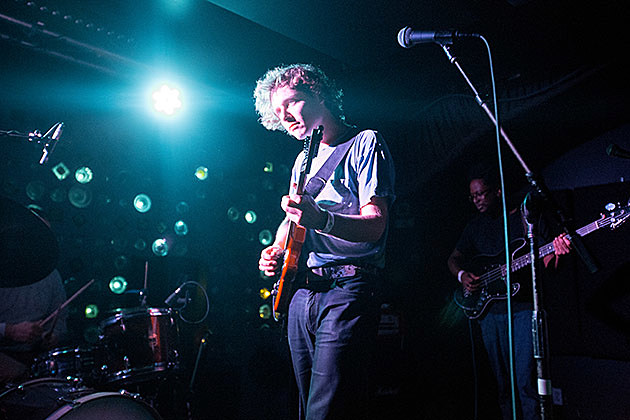 Montreal's Sheer Agony released their long-awaited debut album, Masterpiece, back in October via Couples Skate. While the title is definitely tongue-in-cheek, it isn't that far off either -- 13 witty, exceedingly melodic, instrumentally/lyrically sharp guitar pop nuggets. Most of them hover around the two-minute mark while still packing in an insane amount of hooks and ideas. Comparisons to Chris Stamey-era dB's, The Homosexuals, and mid-'90s Sloan (Chris Murphy songs in particular) are all pretty accurate. There's not a bum song on the LP and you can stream the whole thing below.

Last in NYC for CMJ, Sheer Agony will be back to play Cake Shop on January 8 with Brooklyn band The Dirty Blondes and more TBA. Tickets are on sale now. It's their only show currently on their schedule.