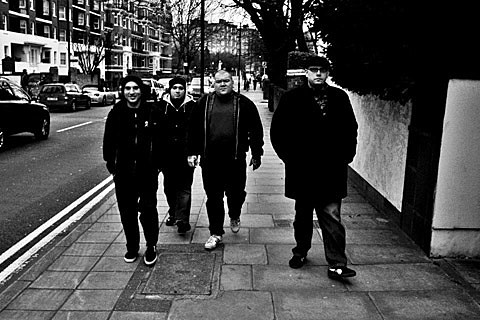 It is clear that Sheer Terror live up to the creedo "just can't hate enough", and I can totally respect that. Look for the NYHC favorites to team with Cro-Mags for what is somewhat of a tradition for Jon Joseph and crew, an end of the year show. This time, look for those two to team with Rude Awakening, Brain Slug, and Born Annoying at Highline Ballroom on December 30th. Tickets are on sale.

The show will be the first hometown appearance for Jon Joseph and the boys since the ill-fated incident at Webster Hall this past summer. Jon Joseph has made the odd appearance since then, including performing a song with Refused at Europa. Harley Flanagan, Joseph's former bandmate and the accused in the assault, is awaiting trial in early December.