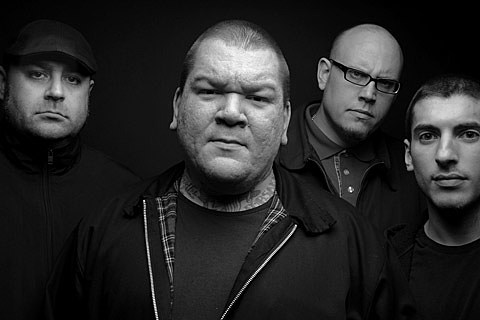 In news that is both very heavy and very late '80s, NYHC vets Sheer Terror are playing an NYC show at Music Hall of Williamsburg on December 27 with Boston hardcore legends Slapshot for a "30th Anniversary Bash." The show will also feature support from younger local hardcore crews Heavy Chains, Blind Justice and Vice. Sheer Terror, who are playing a few other shows in the coming months (including ones in NJ and Oneonta), released their first album in 18 years earlier this year, so one would expect plenty of material from that to be played, in addition to the career summation that "30th Anniversary" suggests. Tickets for the MHOW show will go on sale Friday (10/17) at noon.

"Slapshot - Hang Up Your Boots"