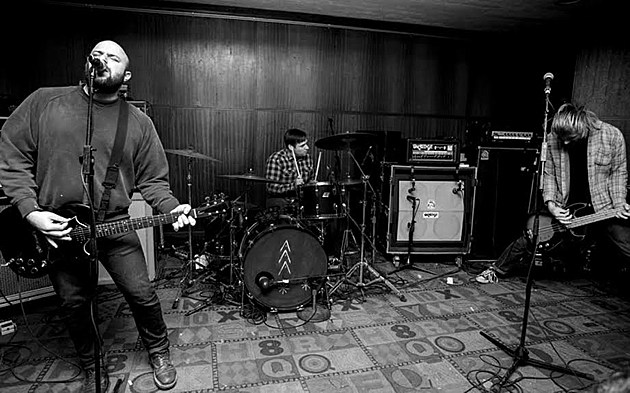 Local punk/DIY staples Shellshag have upcoming shows, including a run with NJ/UK punks Pale Angels. That run includes a NYC show on March 5 at Suburbia, which also includes Natural Sway (ex-Delay) and Shellshag's Don Giovanni labelmates Giant Peach (who also play Union Pool on Saturday [2/20] with Big Eyes). $5 at the door gets you in.

Later that month, Shellshag play another NYC show at Aviv on March 25 with Parlor Walls, The Lopez and Prima. All of their dates are listed below.

Pale Angels released their Ben Greenberg-produced Imaginary People LP on Specialist Subject/Recess Records last year, and now they made a video for its song "Dreamer," the album's six-minute noise collage. That video premieres below.

For Giant Peach and Natural Sway, that show is part of a tour they're going on together. All of their dates are listed below too.