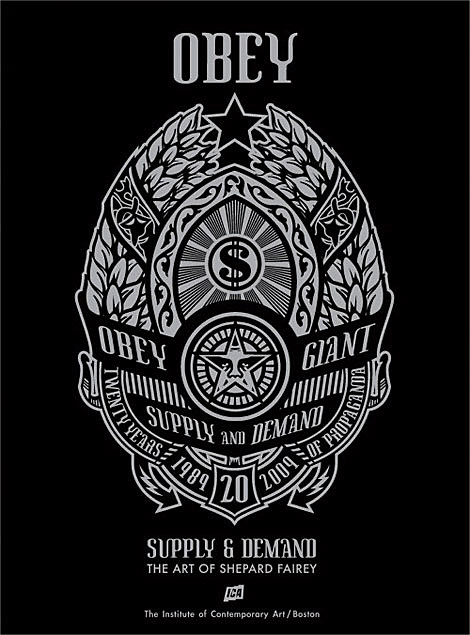 BOSTON -- A street artist famous for his red, white and blue "Hope" posters of President Obama has been arrested on warrants accusing him of tagging property with graffiti, police said Saturday.

Shepard Fairey was arrested Friday night on his way to the Institute of Contemporary Art for a kickoff event for his first solo exhibition, called "Supply and Demand."

Two warrants were issued for Fairey on Jan. 24 after police determined he'd tagged property in two locations with graffiti based on the Andre the Giant street art campaign from his early career, Officer James Kenneally said. One of the locations was the railroad trestle by the landmark Boston University bridge over the Charles River, police said.

Fairey, 38, of Los Angeles, is scheduled to be arraigned Monday in Brighton District Court, said Jake Wark, a spokesman for the Suffolk District Attorney. Wark said Fairey would also be arraigned on a default warrant related to a separate graffiti case in the Roxbury section of Boston. [Huffington Post]

This comes less than a week after the Associated Press sent their lawyers after Shepard for Obama-image copyright infringement.

This not the first time Shepard has been arrested - not even close. That's one of many subjects he talks about in his interview with Henry Rollins that you can watch in the videos below...