Houston and Bowery (via) 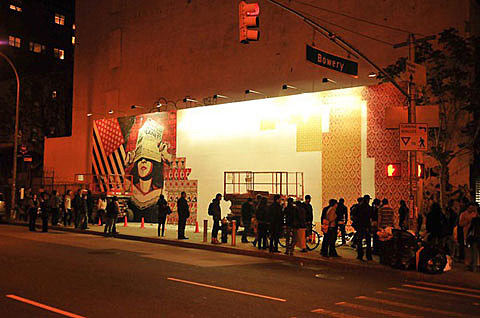 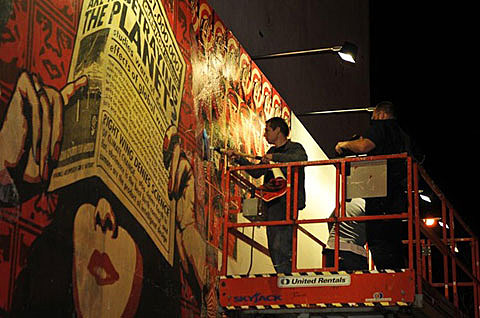 Artist Shepard Fairey, who unlike Banksy is not afraid to show his face, started work on a mural yesterday at the corner of Houston and Bowery, just a few blocks from Landmark Sunshine Cinema where Exit Through the Gift Shop, a doc directed by Banksy and featuring Fairey, is screening. A picture of the completed mural is below.

The mural is a promotion for May Day, Fairey's upcoming show at Deitch Projects, which'll be the last exhibit ever at Deitch (which is closing).

Work on it continued into the night (and should continue today... someone that lives across the street just told me it appears to be now finished...) - you can see the progress and the completed mural in the pictures below. One of the videos reports that the mural will be up for 6 months. That video and others with more pictures and details on the exhibit are below... 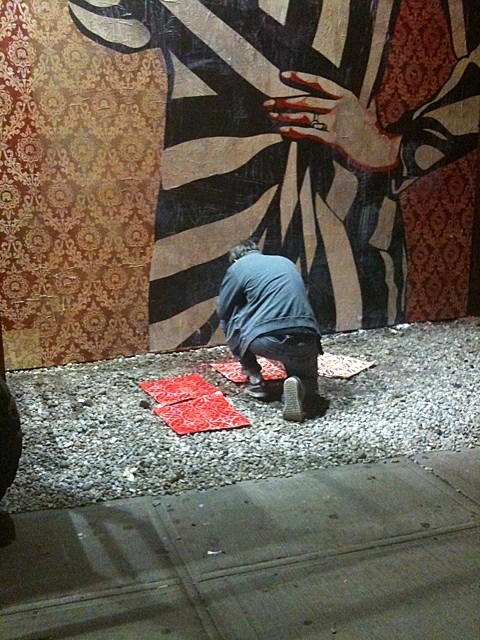 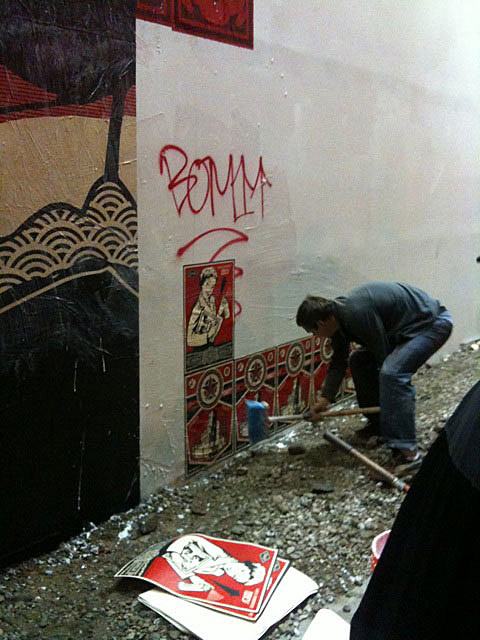 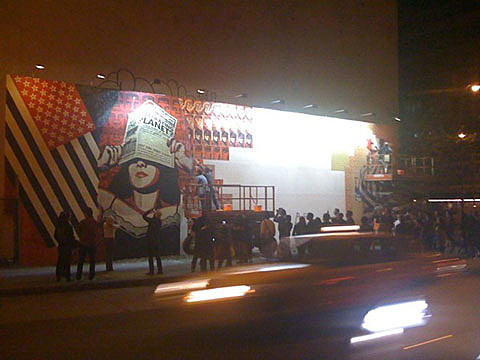 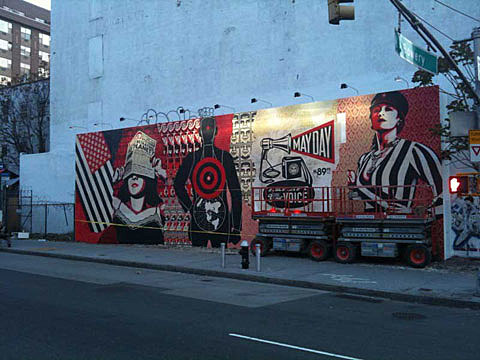 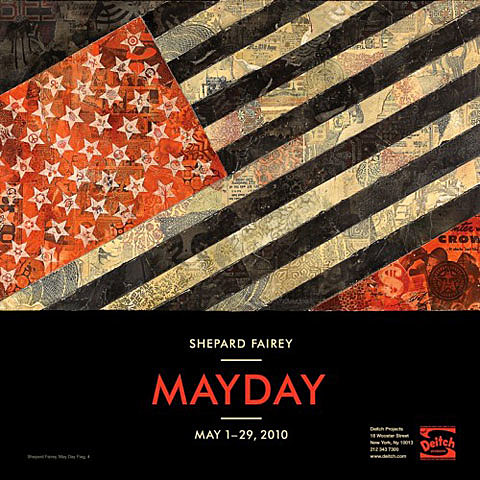 Deitch Projects is pleased to present May Day, an exhibition of new work by Shepard Fairey, as its final project. Titled not only in reference to the day of the exhibition's opening, the multiple meanings of May Day resonate throughout the artist's new body of work. Originally a celebration of spring and the rebirth it represents, May Day is also observed in many countries as International Worker's Day or Labor Day, a day of political demonstrations and celebrations coordinated by unions and socialist groups. "Mayday" is also the distress signal used by pilots, police and firefighters in times of emergency.