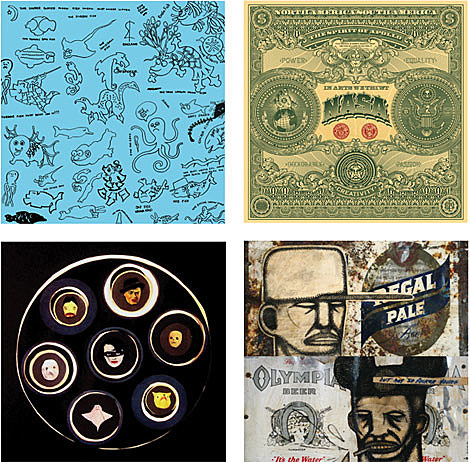 The cross-cultural collaboration of N.A.S.A.'s debut album The Spirit of Apollo has been carried over to the album artwork. Each album will contain artwork for five interchangeable covers by popular artists from varied backgrounds and cultures.

Contributing artists (as seen above) are Mark Gonzalez (the skater) (top left) Shepard Fairey (top right), Marcel Dzama (bottom left), The Date Farmers (bottom right), and Sage Vaughn (below). "All of the cover artists have contributed to The Spirit of Apollo's animated music video project, which pairs these artists with animators to create music videos for songs on the record. The first such video, featuring the art of Shepard Fairey, was released digitally in late 2008." You can watch that video below.

Shepard Fairey is also about to release a Bad Brains poster.

N.A.S.A. play Le Poisson Rouge in NYC tonight for free (1/29). When I first started hearing about tonight's show, I thought "yeah,I covered that already" and "that came up fast". Only now am I realizing that tonight's show is a newly added record release party which is not to be confused with the group's show at the same venue scheduled for March (which is on sale).

All dates, more art, and that video below... 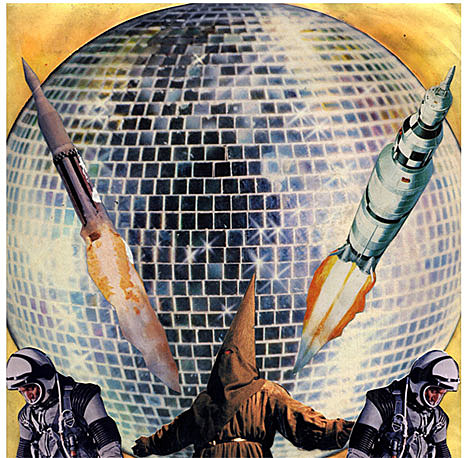 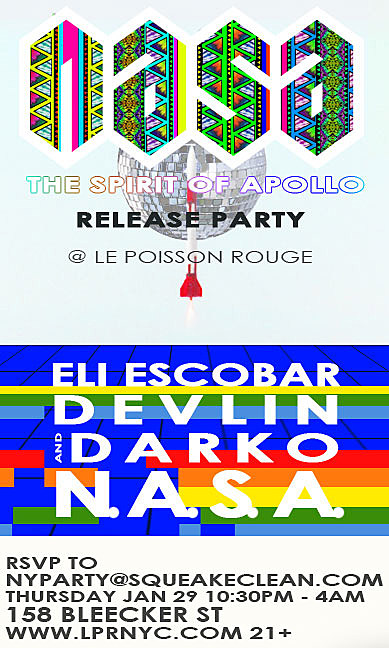