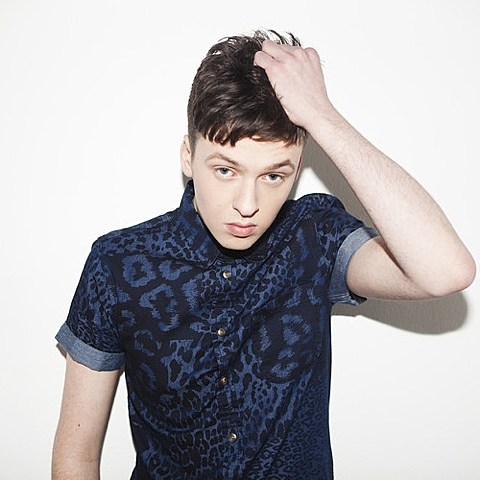 London producer Shift K3Y, who you may know from his addictive single "Touch," has a number of UK dates coming up in July and August, but in between those he'll squeeze in a trip to NYC for a show on August 1 at Glasslands with Tony Quattro. Tickets for that show are on sale now. No word yet if he'll be playing other US shows around that time, but all currently announced dates are listed below.

UPDATE: Shift K3Y dropped off the Glasslands show and instead plays Webster Hall with DJ Mustard that day (tickets). In place of his set at Glasslands, Escort will be DJing.

In related news, Shift K3Y's pal Wave Racer has been putting out a pretty impressive string of singles this year for the Future Classic label (Flume, Cashmere Cat, etc). The Australian producer has a sound similar to Rustie, a highly melodic take on blown out dubstep and trap. Also picture Passion Pit's crazier songs like "I'll Be Alright" but without words, and you've got an idea. His most recent release came out this month, a remix of Foster the People's "Best Friend." And while we're not huge fans of the original, his take on it is pretty solid. His most recent original single, "Streamers," is a real banger though. It came out this past February and was since remixed by Ryan Hemsworth on a split EP the two producers put out. You can stream all of that below.

His upcoming dates include the Mad Decent Boat Party, and the Boston and DC stops of the Mad Decent Block Parties. No NYC dates announced at the moment (he was last year for a Glasslands show after SXSW).

All dates for Shift K3Y and Wave Racer are listed, with streams, below...