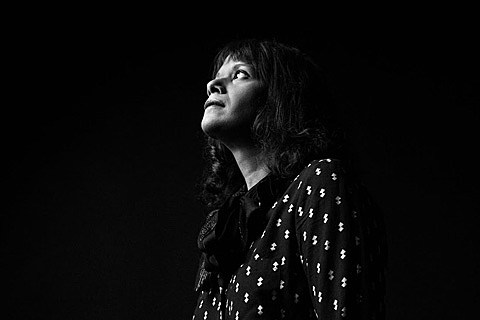 Shilpa Ray released her new album, Last Year's Savage, this week via Northern Spy. Her swaggering punk/blues/cabaret style is in full effect and lyrically sharp. You can stream the whole thing below. One of the album's more acerbic tracks is "Johnny Thunders Fantasy Space Camp" and we've got the premiere of its video in this post. Using footage from a nightclub, it juxtaposes real life dancefloor debauchery with Shilpa's disdain of rock n' roll hedonism. It's pretty entertaining and you can watch it below.

You can celebrate Last Year's Savage's release with Shilpa at Rough Trade on Saturday (5/23) which also has No Wave skronker James Chance on the bill as well. Tickets are still available. There's an afterparty happening at Black Bear Bar which is free with your Rough Trade Ticket. Flyer below. She'll be on tour for the next two weeks, and all dates are listed below.

We've also got a signed copy of Last Year's Savage on vinyl to give away. Details on that below. 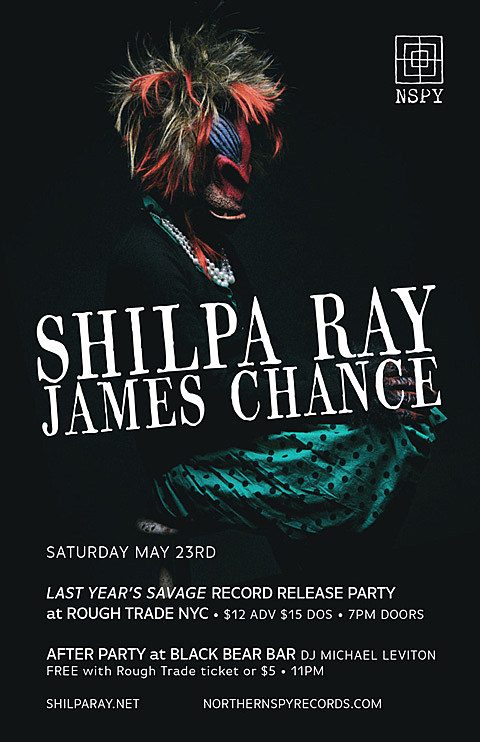 ======================
For a chance at winning a signed copy of Shilpa Ray's Last Year's Savage on vinyl: either tweet something that includes both @BrooklynVegan AND "Shilpa Ray" in the tweet, or send an email to BVCONTESTS@HOTMAIL.COM with the subject line "Shilpa Ray". Include your first and last name in the email. We'll pick a winner at random and contact them with more details. If you enter by email, it will not be shared with anyone else. Good luck!
======================