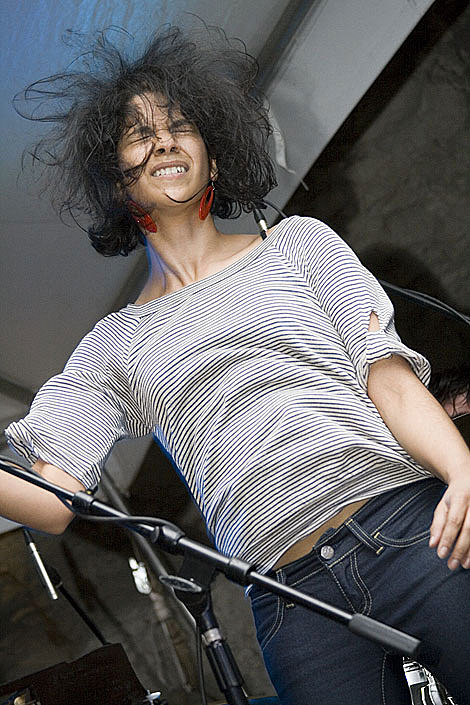 For others, the concerns are more about day-to-day practicalities. As South by Southwest has grown bigger and more decentralized - this year it has twice as many acts as in 2003 - bands have been adding more and more performances to their itineraries, hoping to register the most impressions on the crowd. Shilpa Ray, an unsigned Brooklyn singer with a powerfully raw voice and a fierce technique on the harmonium, has eight showcases lined up, and for her the big question is simply endurance.

"It's a challenge: how good of a musician are you?" she said. "I wonder if I can do it, if I can sustain my voice for so long and stay consistent."

For her showcase at Club de Ville on Wednesday night, the audience included at least one record executive who said he was competing with another label to sign her. But Ms. Ray, who canceled a tour to make it to Austin, said she knew that even with a record contract success was far from guaranteed. And besides, she added, she is fine with roughing it at South by Southwest.

"Maybe in the past there were your pampered rock stars hanging out," she said. "But then there's the people like us who climb out of clown cars and try to make things work." [NY Times]

The Club de Ville show mentioned above was the Brooklyn Vegan SXSW showcase, where Shilpa performed at along with Bell, Loch Lomond, Those Darlins, Phosphorescent, and Deer Tick. It's also where the pictures in this post were taken.

Shilpa has a short spring tour scheduled for April. That includes two hometown shows: on Wednesday, April 8th, Shilpa Ray and Her Happy Hookers play Death By Audio (tonight) with Coin Under Tongue, My Education and Guisante. Then, they'll perform at a Benefit Concert For The Hearing Impaired at the Bell House on Wednesday, April 22nd with Depreciation Guild, Hooray for Earth, and Kino.

Shilpa also has a May Pianos residency on her schedule. She'll perform Wednesdays at the NYC venue, starting May 13th with Drink Up Buttercup, Wild Yaks & more.

Shilpa Ray is *also* on the bill for a Sly Stone Tribute Concert taking place July 16th at Castle Clinton. Presumably that will be a free show with a large cast of characters performing. Stay tuned for more details. All tour dates and more SXSW photos below... 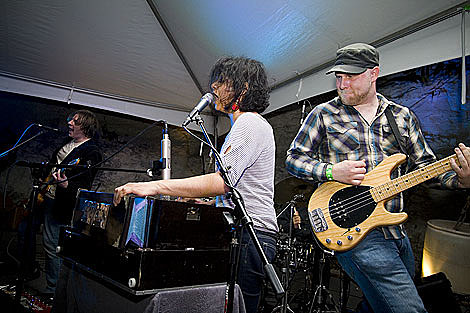 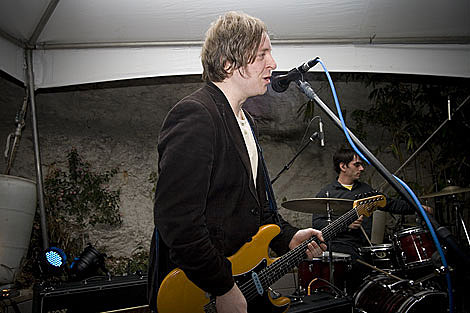 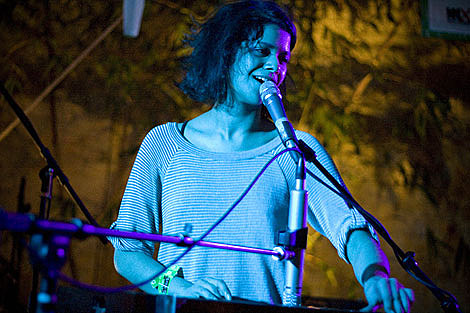