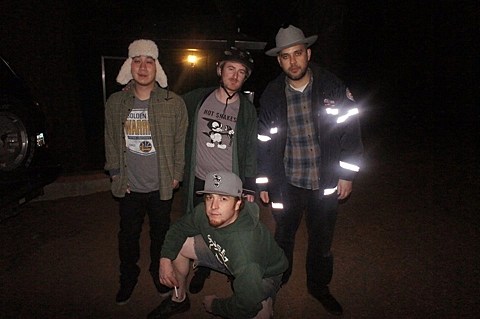 San Jose's Shinobu, the band fronted by Mike Huguenor whose other band Hard Girls also put an album out this year, will release their fifth album, 10 Thermidor, later in the year. The album's coming out via Really Records and Lauren Records, and they're currently trying to raise $3,000 from pre-orders and will release it as a free download via Quote Unquote Records once they do.

They've been promising to put out a new single for every $1,000 raised and it looks like they just hit the $2,000 mark because they've put out a second single, "The Void," via Punk News. Both "The Void" and previous single "Culture, Inc" are nice doses of distorted '90s-style indie rock that fans of Built to Spill or early Weezer should check out. You can stream them below.

Shinobu will be at The Fest this weekend and they have two California shows in January. Meanwhile, Hard Girls, who made their NYC debut at a BV-presented Death by Audio show in August, will return on their tour with Antarctigo Vespucci (aka Jeff Rosenstock and Chris Farren) which hits Palisades on November 15.