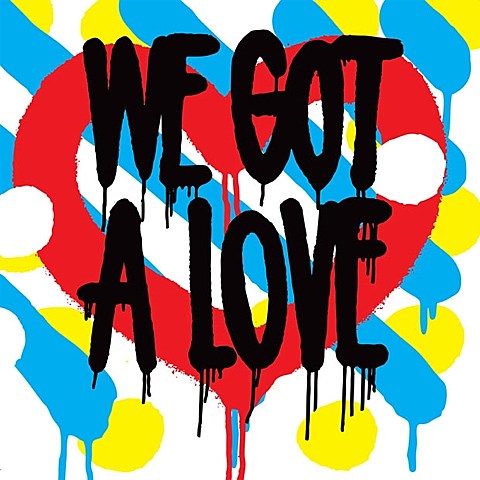 Shit Robot's been at it for a while, but his only full length album is still his 2010 debut From the Cradle to the Rave. That will change when he finally releases its followup, We Got a Love, on March 18 via DFA Records. Like his first album, this one features a number of guests, including Reggie Watts, Museum of Love, Nancy Whang, Lidell Townsell, The Rapture's Luke Jenner and Holly Backler. Reggie appears on two songs, including the title track which was released as a single a while back and its video can be watched, along with a stream of the Paul Woolford remix of the track, below. That's the album artwork above and the tracklist is below.

As discussed, Shit Robot is DJing the NYC stop on John Talabot's upcoming tour happening at SRB Brooklyn on February 7 with FIXED DJs JDH & Dave P. Tickets for that show are on sale now. He has a few other upcoming dates, all of which are listed below.

And speaking of Reggie Watts, we just posted a video of him performing at the Okayplayer Holiday Jam.

All dates are listed, along with the video, stream and tracklist, below...