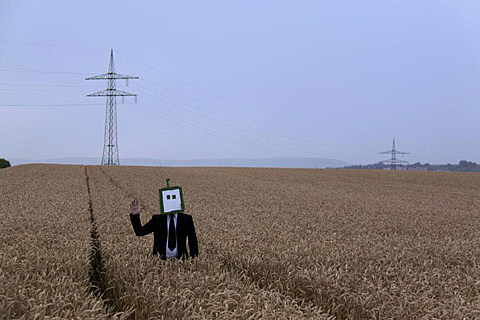 Shit Robot (aka Marcus Lambkin) has a new 12" out at the end of the month, "Where It's At," which features vocals by frequent collaborator and Late Late Show bandleader, Reggie Watts. (Not a Beck cover if you were wondering.) It's got a strong Chicago vibe, somewhere between Wax Trax! and house, and the track was mixed by DFA domo James Murphy. You can sample it, and the Johnny Aux remix that's on the flip, below.

You can catch Shit Robot this weekend when he'll DJ at NYC's Good Room on Saturday (4/11) with JDH, Willie Burns, Chupacabras, Facets and a live set from Entro Senestre. Tickets are on sale. Shit Robot also DJ's in Philadelphia on Friday (4/10) at The Dolphin Tavern. He's also got a couple DJ gigs in Mexico later this month -- all dates are listed below.