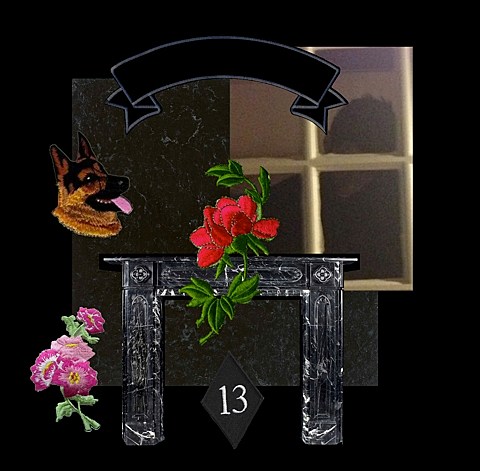 LA producer Shlohmo, who released the impressive Vacation EP last year, will be following that with a new EP, Laid Out, on March 5 via Friends of Friends/Wedidit. He just released the opening track, "Don't Say No," which features guest lead vocals from How to Dress Well. It sees HTDW returning to the cracked recording style of his debut LP over Shlohmo's sensual R&B beats. You can stream that and the warped hip hop of another Laid Out cut, "Later," below. That's the cover art above.

Shlohmo will be supporting the new EP with a tour that kicks off in Canada at the end of this month and makes its way to Brooklyn on March 7 at Output (74 Wythe Ave) before hitting Austin for SXSW. The Brooklyn date and a few others on the tour are with D33J.

Tour flyer, a list of all dates, those two song streams, and EP tracklist below... 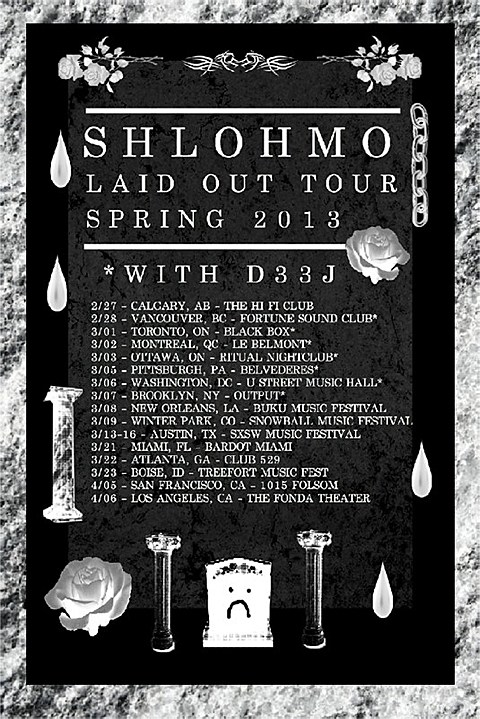