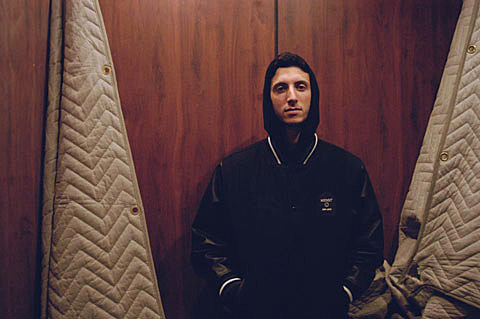 Shlohmo was just in NYC for a Glasslands show with Salva (1/28) last week before the two producers flew over to Europe for a short tour together (how was it?).

Upon returning to North America, he'll play another NYC show when he opens for fellow LA producer Groundislava at Cameo on February 17. Moon Bounce is also on that bill and tickets are on sale now. A little less than a month later, Shlohmo will play another NYC show at The Studio at Webster Hall on March 10 with LOL Boys. Tickets for that show go on sale Saturday (2/4) at 10 AM.

Shlohmo's Vacation EP comes out next week (2/7) via Friends of Friends, and as mentioned features a remix from tourmate Salva, which just surfaced this week. Salva put his spin on the previously released single, "wen uuu." Stream his remix and the original below.