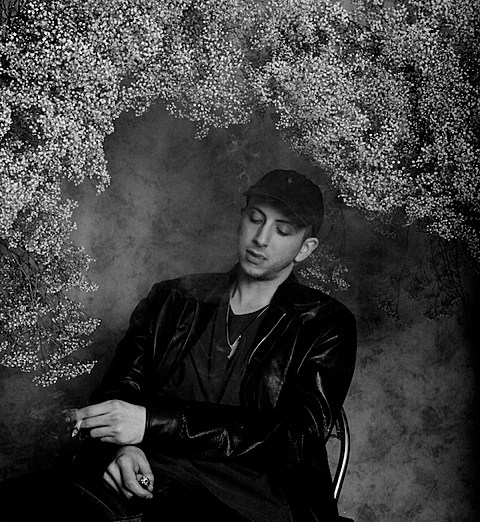 Shlohmo recently signed to True Panther, and he since announced that his first album for the label will be called Dark Red and is due on April 7 as a split release with WeDidIt. New single "Beams" just came out, and it has Shlohmo diving into the world of drum & bass. It's one of his most aggressive songs to date, but doesn't sacrifice his knack for lush melodies. Watch the video (dir. Jack Irv), with previous singles "Emerge From Smoke" and "Buried," below.

Shlohmo's also updated the itinerary for his upcoming tour. This month he'll be at SXSW to play the WeDidIt showcase at House of Vans at Mohawk with Purple, Ryan Hemsworth, Groundislava, Nick Melons and more. He also added Purple and Nick Melons to his previously-announced NYC show happening April 11 at Irving Plaza. Tickets for that show are still available.

Updated dates are listed, with videos/song streams, below...