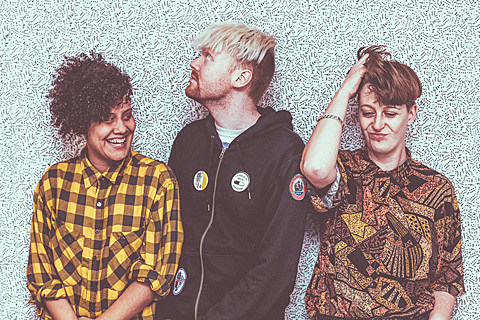 UK trio Shopping just had their debut album reissued in the US and now they've announced their second album, titled Why Choose, which will be out October 2 via FatCat. The first single asks another question, "Why Wait?," against short, spiky, minimalist post punk. Stream it below.

As mentioned, Shopping will be coming over for their first North American shows this fall, stopping first for CMJ and touring with Shannon & the Clams, including Music Hall of Williamsburg on October 16. Tickets for that show are still available.