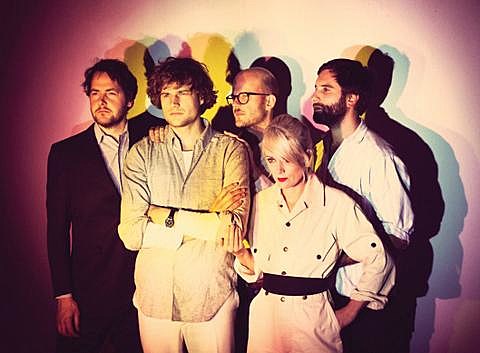 Sweden's Shout Out Louds have been a band now for 10 years which is pretty impressive these days. Having taking time off after 2010's Work for side projects and other life stuff, the band reconvened to make their new album Optica which will be out February 26 on Merge. The band produced it themselves, taking over a year to make it. Says the Shout Out Lounds:

In our eagerness to please no one but ourselves this time around, we decided to take on the challenge of producing our own music for the first time ever. Our close friend and sound aficionado of choice Johannes Berglund and his studio in Stockholm presented us with an ideal package for the endeavor. A secluded work space close to home, but off the earth's surface, a more than generous timeline, and the patient and brilliant sixth member we needed to get through the whole thing safely. Together we made up a downstairs world of explosive colors, big, warm sounds and a very, very uninhibited work process. We never worried about following a clear path, trusting that the conscious decision not to worry would be enough to lead us right, and that right doesn't necessarily have to mean rational or even reasonable...We all set prestige and skillfulness aside in favor of experimentation and sheer gusto. That will probably come across live too. I don't think we've ever been this excited to take an album on tour.

In this writer's opinion, Optica is a much better record than Work and rivals Our Ill Wills for earworm catchiness. ("14th of July" is especially good and a shoo-in for future single.) You can stream Optica's first single, "Blue Ice," below. (If you "like" their Facebook page, you can download an MP3 of the single for free.)

Speaking of ice, Shout Out Louds are releasing a special version of "Blue Ice" as an extremely limited edition 7" that is made not with vinyl but with actual ice... in a mold you can freeze yourself. If you could get one. They only made 10 of them and none were for sale. Not that you'd want to subject your turntable (or cartridge) to a bunch of melty ice, but it's a cool little gimmick and you can watch a video demonstration of the ice single below.

In addition to the new album, Shout Out Louds will be heading to North America for a tour next year. They'll play NYC at Music Hall of Williamsburg on March 11 and tickets for that show go on sale Friday (12/7) at noon with a AmEx presale starting Wednesday (12/5) at noon. The band will then head straight to Austin, TX for SXSW and their North American tour will start proper May 7 in Washington, DC. All tour dates are listed below, along with album art and tracklist, as well asthose videos. 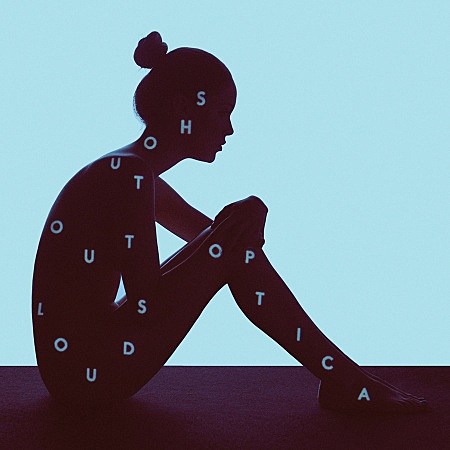