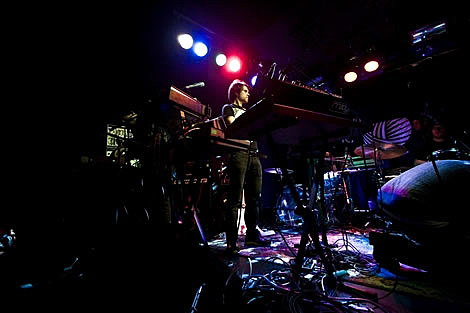 With the help of a special-effects crew -- and an Aliens-style flamethrower -- the six Shout Outs and their gear erupt into a giant inferno as Edmonton rap hero Cadence Weapon [featured on the track] watches. -[The Edmonton Journal]

That describes the video for Shout Out Out Out Out's first single from new record Reintegration Time, out now in Canada and May 5, 2009 in the US, both on Normals Welcome Records. You can download one of the new songs for free at RCRD LBL.

The electo/synth band has announced a full April/May US tour plus SXSW dates, including what looks to be a nice day at the Terrorbird Media/Force Field PR party with Beach House, Vivian Girls, The Thermals, The Pains of Being Pure of Heart, Max Tundra, Wavves, and Loney Dear.

SOOO will arrive at New York's Le Poisson Rouge on May 1st. They last played the city in October for CMJ - BV day party at Knitting Factory included.

An unposted set of pics from that BV party, a video documenting the the making of their "Coming Home" video (the actual video is not out yet), and all tour dates, below... 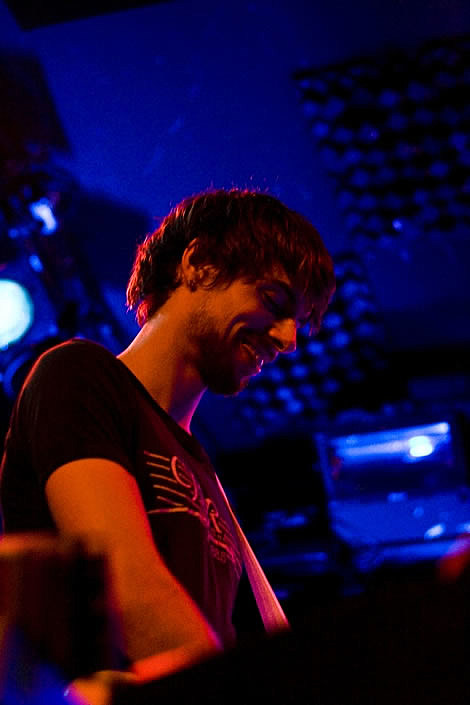 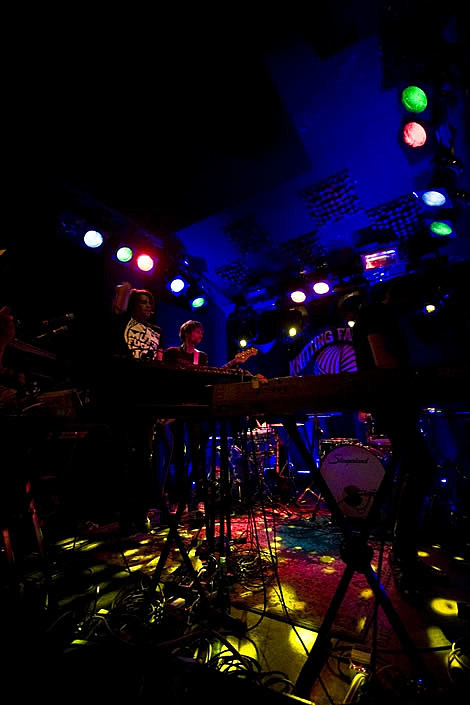 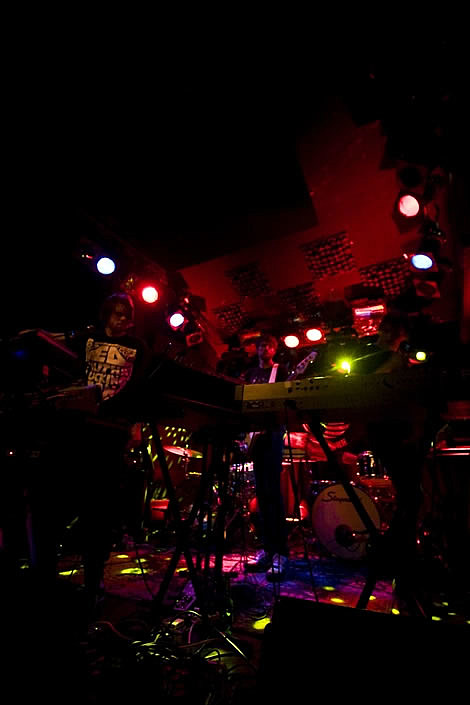 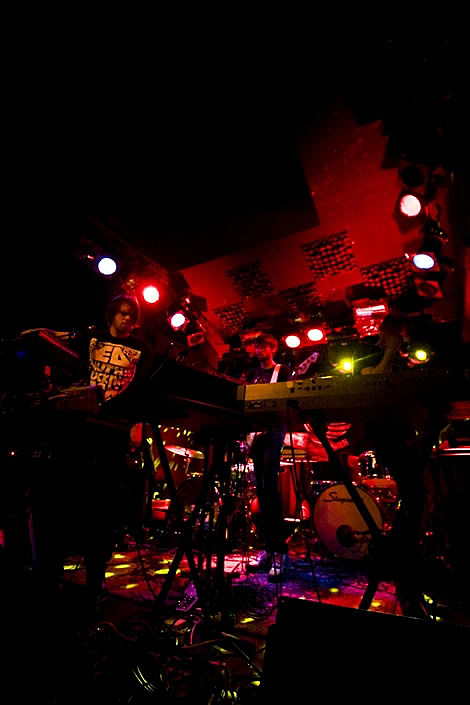 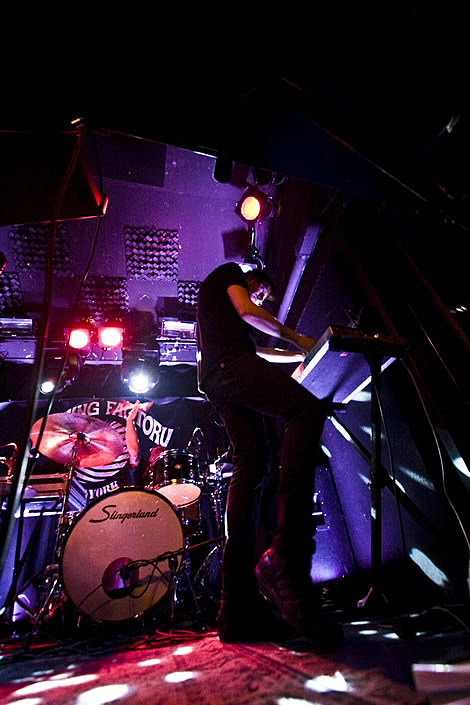 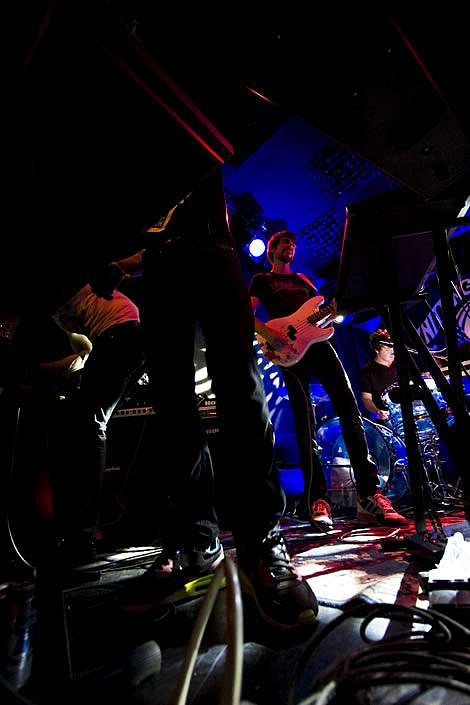 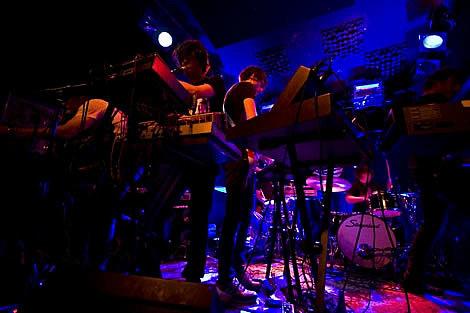 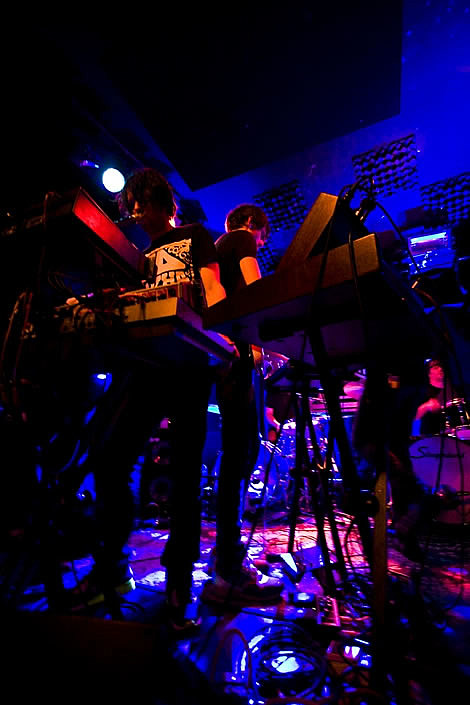 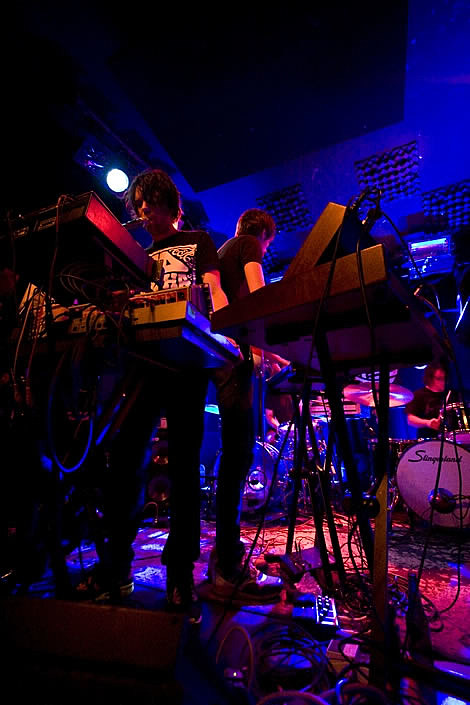 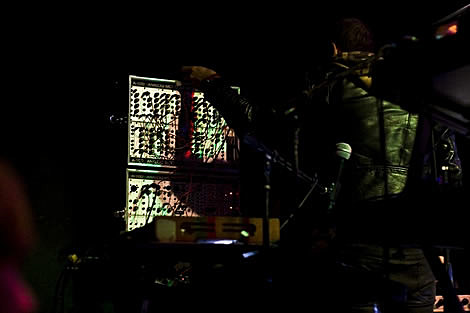 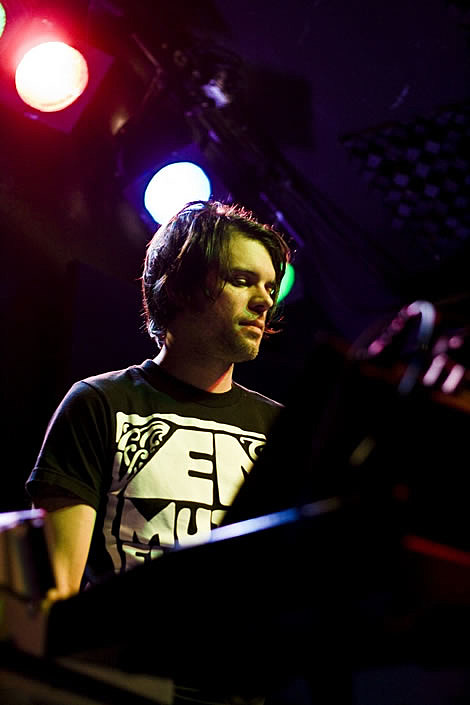 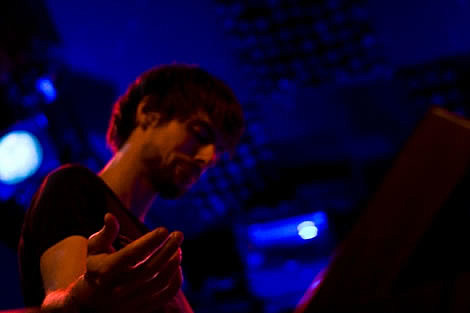